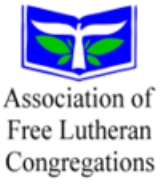 Association of Free Lutheran Congregations is the fifth largest Lutheran church body in the United States
United States
The United States of America is a federal constitutional republic comprising fifty states and a federal district...
. The AFLC includes congregations in 27 different states, as well as four Canadian
Canada
Canada is a North American country consisting of ten provinces and three territories. Located in the northern part of the continent, it extends from the Atlantic Ocean in the east to the Pacific Ocean in the west, and northward into the Arctic Ocean...
provinces. The AFLC is not an incorporated synod
Synod
A synod historically is a council of a church, usually convened to decide an issue of doctrine, administration or application. In modern usage, the word often refers to the governing body of a particular church, whether its members are meeting or not...
, but a free association. Each local congregation is a separate corporation.

The AFLC has five corporations that are sponsored by the AFLC to direct their common endeavors: the Coordinating Committee, the Schools Corporation, the Missions Corporation, the AFLC Foundation and the Association Retreat Center (ARC), located near Osceola, Wisconsin
Osceola, Wisconsin
Osceola is a village in Polk County, Wisconsin, United States. The population was 2,421 at the 2000 census. The village is located mostly within the Town of Osceola.The downtown features Cascade Falls, a waterfall with a crest, located on Osceola Creek....
. There are two auxiliary corporations in the AFLC: the Women's Missionary Federation (WMF) and Free Lutheran Youth (FLY).

The missions corporation consists of one hundred members of the congregations of the AFLC, and elects from itself a World Missions Committee and a Home Missions Committee, which are involved in the outreach of the AFLC into the United States and several other countries.

The Association Retreat Center (ARC) is a separate organization of the AFLC near Osceola, Wisconsin
Osceola, Wisconsin
Osceola is a village in Polk County, Wisconsin, United States. The population was 2,421 at the 2000 census. The village is located mostly within the Town of Osceola.The downtown features Cascade Falls, a waterfall with a crest, located on Osceola Creek....
that serves as a retreat center for various activities within the AFLC.

The Women's Missionary Federation (WMF) serves the women of the churches with Bible
Bible
The Bible refers to any one of the collections of the primary religious texts of Judaism and Christianity. There is no common version of the Bible, as the individual books , their contents and their order vary among denominations...
studies, fellowship, and has an emphasis on missionary services.

The Free Lutheran Youth (FLY), formerly known as the Luther League Federation, is a youth organization dealing with youth ministry.

The AFLC accept and believe in the Holy Bible as the complete written Word of God, preserved by the Holy Spirit for salvation and instruction. The AFLC accepts the ancient ecumenical symbols, namely, the Apostles, the Nicene
Nicene Creed
The Nicene Creed is the creed or profession of faith that is most widely used in Christian liturgy. It is called Nicene because, in its original form, it was adopted in the city of Nicaea by the first ecumenical council, which met there in the year 325.The Nicene Creed has been normative to the...
, and the Athanasian Creed
Athanasian Creed
The Athanasian Creed is a Christian statement of belief, focusing on Trinitarian doctrine and Christology. The Latin name of the creed, Quicumque vult, is taken from the opening words, "Whosoever wishes." The Athanasian Creed has been used by Christian churches since the sixth century...
s; Luther's Small Catechism
Luther's Small Catechism
Luther's Small Catechism was written by Martin Luther and published in 1529 for the training of children. Luther's Small Catechism reviews The Ten Commandments, The Apostles' Creed, The Lord's Prayer, The Sacrament of Holy Baptism, The Office of the Keys & Confession, and The Sacrament of the...
and the unaltered Augsburg Confession
Augsburg Confession
The Augsburg Confession, also known as the "Augustana" from its Latin name, Confessio Augustana, is the primary confession of faith of the Lutheran Church and one of the most important documents of the Lutheran reformation...
as the true expression of the Christian faith and life.

Five principal reasons for the formation of the AFLC:


The AFLC allows open communion
Open communion
Open communion is the practice of Christian churches that allow individuals other than members of that church to receive Holy Communion...
and women's suffrage
Women's suffrage
Women's suffrage or woman suffrage is the right of women to vote and to run for office. The expression is also used for the economic and political reform movement aimed at extending these rights to women and without any restrictions or qualifications such as property ownership, payment of tax, or...
in congregational voting.

The official publication of the AFLC is "The Lutheran Ambassador", with twelve issues per year devoted to Bible-centered articles and news of the churches. Ambassador Publications is the parish education department of the AFLC.

The "Ambassador Hymnal" is the hymnal
Hymnal
Hymnal or hymnary or hymnbook is a collection of hymns, i.e. religious songs, usually in the form of a book. The earliest hand-written hymnals are known since Middle Ages in the context of European Christianity...
published by the AFLC, which contains over 600 hymns as well as selected order of church services and responsive Bible
Bible
The Bible refers to any one of the collections of the primary religious texts of Judaism and Christianity. There is no common version of the Bible, as the individual books , their contents and their order vary among denominations...
readings.


Presidents of the AFLC

The AFLC schedules each year a conference to share reports of congregations and other various ministries. The main reason for these conferences is spiritual edification, as the schedules include prayer times, worship hours, and business meetings together. It is here that suggestions to changes are presented and discussed. It is also here that the elections for positions in committees/corporations are made.