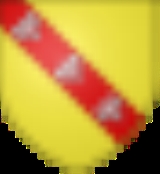 What was the effect of the secularization of 1803 on the physical state of the churches of Cologne?
More

Encyclopedia
The Electorate of Cologne ( or ) was an ecclesiastical principality of the Holy Roman Empire
Holy Roman Empire
The Holy Roman Empire was a realm that existed from 962 to 1806 in Central Europe.It was ruled by the Holy Roman Emperor. Its character changed during the Middle Ages and the Early Modern period, when the power of the emperor gradually weakened in favour of the princes...
and existed from the 10th to the early 19th century. It consisted of the temporal possessions of the Roman Catholic Archdiocese of Cologne
Roman Catholic Archdiocese of Cologne
The Archdiocese of Cologne is an archdiocese of the Catholic Church in western North Rhine-Westphalia and northern Rhineland-Palatinate in Germany.-History:...
. It was ruled by the Archbishop in his function as prince-elector
Prince-elector
The Prince-electors of the Holy Roman Empire were the members of the electoral college of the Holy Roman Empire, having the function of electing the Roman king or, from the middle of the 16th century onwards, directly the Holy Roman Emperor.The heir-apparent to a prince-elector was known as an...
of the empire. The capitals of the electorate were Cologne
Cologne
Cologne is Germany's fourth-largest city , and is the largest city both in the Germany Federal State of North Rhine-Westphalia and within the Rhine-Ruhr Metropolitan Area, one of the major European metropolitan areas with more than ten million inhabitants.Cologne is located on both sides of the...
(until 1288) and then Bonn
Bonn
Bonn is the 19th largest city in Germany. Located in the Cologne/Bonn Region, about 25 kilometres south of Cologne on the river Rhine in the State of North Rhine-Westphalia, it was the capital of West Germany from 1949 to 1990 and the official seat of government of united Germany from 1990 to 1999....
. It was secularised in 1803 during the German Mediatisation
German Mediatisation
The German Mediatisation was the series of mediatisations and secularisations that occurred in Germany between 1795 and 1814, during the latter part of the era of the French Revolution and then the Napoleonic Era....
.

Cologne
Cologne
Cologne is Germany's fourth-largest city , and is the largest city both in the Germany Federal State of North Rhine-Westphalia and within the Rhine-Ruhr Metropolitan Area, one of the major European metropolitan areas with more than ten million inhabitants.Cologne is located on both sides of the...
is the ancient Roman city of Colonia Agrippina and has been a bishop's see since Roman times. In 953, the archbishops of Cologne first gained noteworthy secular power, when bishop Bruno
Bruno I, Archbishop of Cologne
Bruno the Great was Archbishop of Cologne, Germany, from 953 until his death, and Duke of Lotharingia from 954. He was the brother of Otto I, king of Germany and later Holy Roman Emperor....
was appointed as duke by his brother Emperor Otto I
Otto I, Holy Roman Emperor
Otto I the Great , son of Henry I the Fowler and Matilda of Ringelheim, was Duke of Saxony, King of Germany, King of Italy, and "the first of the Germans to be called the emperor of Italy" according to Arnulf of Milan...
. In order to weaken the secular nobility, who threatened his power, Otto endowed Bruno and his successors on the bishop's see with the prerogatives of secular princes. This was the beginning of the electoral state of Cologne. It was formed by the temporal possessions of the archbishopric and included in the end a strip of territory along the left Bank of the Rhine east of Jülich
Jülich
Jülich is a town in the district of Düren, in the federal state of North Rhine-Westphalia, Germany. Jülich is well known as location of a world-famous research centre, the Forschungszentrum Jülich and as shortwave transmission site of Deutsche Welle...
, as well as the Duchy of Westphalia
Duchy of Westphalia
The Duchy of Westphalia was a historic territory in the greater region of Westphalia, located in the east of modern North Rhine-Westphalia, Germany. Originally, Westphalia formed with Angria and Eastphalia one of the three main regions of Saxony...
on the other side of the Rhine, beyond Berg
Berg (state)
Berg was a state – originally a county, later a duchy – in the Rhineland of Germany. Its capital was Düsseldorf. It existed from the early 12th to the 19th centuries.-Ascent:...
and Mark.
By the end of the 12th century, the right to elect the Holy Roman Emperor was limited to four secular and three ecclesiastical princes, among them the Archbishop of Cologne. Besides being prince elector, he was Archchancellor of Italy
Italy
Italy , officially the Italian Republic languages]] under the European Charter for Regional or Minority Languages. In each of these, Italy's official name is as follows:;;;;;;;;), is a unitary parliamentary republic in South-Central Europe. To the north it borders France, Switzerland, Austria and...
as well, technically from 1238 and permanently from 1263 until 1803. Following the Battle of Worringen
Battle of Worringen
The Battle of Worringen was fought on June 5, 1288, near the town of Worringen , which is now the northernmost borough of Cologne...
in 1288, Cologne gained its independence from the archbishops and became a Free City
Free Imperial City
In the Holy Roman Empire, a free imperial city was a city formally ruled by the emperor only — as opposed to the majority of cities in the Empire, which were governed by one of the many princes of the Empire, such as dukes or prince-bishops...
. So the residence of the archbishop was moved to Bonn
Bonn
Bonn is the 19th largest city in Germany. Located in the Cologne/Bonn Region, about 25 kilometres south of Cologne on the river Rhine in the State of North Rhine-Westphalia, it was the capital of West Germany from 1949 to 1990 and the official seat of government of united Germany from 1990 to 1999....
.

During the 16th century, two Archbishops of Cologne converted to Protestantism
Protestantism
Protestantism is one of the three major groupings within Christianity. It is a movement that began in Germany in the early 16th century as a reaction against medieval Roman Catholic doctrines and practices, especially in regards to salvation, justification, and ecclesiology.The doctrines of the...
. The first, Hermann von Wied, resigned the archbishopric on converting, but Gebhard Truchsess von Waldburg
Gebhard Truchsess von Waldburg
Gebhard Truchsess von Waldburg was Archbishop-Elector of Cologne. After pursuing an ecclesiastical career, he won a close election in the Cathedral chapter of Cologne over Ernst of Bavaria. After his election, he fell in love with and later married Agnes von Mansfeld-Eisleben, a Protestant...
, on converting to Calvinism
Calvinism
Calvinism is a Protestant theological system and an approach to the Christian life...
in 1582, attempted to secularise the archbishopric. His marriage the following February, and his refusal to relinquish the territory, resulted in the election of a competing archbishop and prince-elector, Ernst of Bavaria. The pope funded Italian and Spanish mercenaries; the Bavarians also sent an army; the Protestant Dutch states supported Protestant efforts to maintain Calvinism in the Electorate. The Cologne War
Cologne War
The Cologne War devastated the Electorate of Cologne, a historical ecclesiastical principality of the Holy Roman Empire, present-day North-Rhine-Westphalia, in Germany...
ruined most of the Electoral economy. Many villages and towns were besieged and destroyed. The Siege of Godesberg in November–December 1583 ended with the destruction of the Godesburg castle and the slaughter of most of its inhabitants. After several more sieges, the Protestant contender, who had been elected in 1579, gave up his claim to the see and retired to Strasbourg with his wife. A Bavaria
Bavaria
Bavaria, formally the Free State of Bavaria is a state of Germany, located in the southeast of Germany. With an area of , it is the largest state by area, forming almost 20% of the total land area of Germany...
n army installed the brother of the Duke of Bavaria, Ernst as archbishop-—the first major success of the Counter-Reformation
Counter-Reformation
The Counter-Reformation was the period of Catholic revival beginning with the Council of Trent and ending at the close of the Thirty Years' War, 1648 as a response to the Protestant Reformation.The Counter-Reformation was a comprehensive effort, composed of four major elements:#Ecclesiastical or...
in Germany. Under his direction, Jesuits supervised the reintroduction of Catholicism in the Electorate. From then until the mid-18th century, the archbishopric was effectively a secundogeniture
Secundogeniture
A secundogeniture was a dependent territory given to a younger son of a princely house and his descendants, creating a cadet branch. This was a special form of inheritance...
of the Wittelsbach
Wittelsbach
The Wittelsbach family is a European royal family and a German dynasty from Bavaria.Members of the family served as Dukes, Electors and Kings of Bavaria , Counts Palatine of the Rhine , Margraves of Brandenburg , Counts of Holland, Hainaut and Zeeland , Elector-Archbishops of Cologne , Dukes of...
rulers of Bavaria. As the archbishop in this period usually also held the Bishopric of Münster
Bishopric of Münster
The Bishopric of Münster was an ecclesiastical principality in the Holy Roman Empire, located in the northern part of today's North Rhine-Westphalia and western Lower Saxony...
(and often the Bishopric of Liège
Bishopric of Liège
The Bishopric of Liège or Prince-Bishopric of Liège was a state of the Holy Roman Empire in the Low Countries in present Belgium. It acquired its status as a prince-bishopric between 980 and 985 when Bishop Notger, who had been the bishop of Liege since 972, acquired the status of Prince-Bishop...
), he was one of the most substantial princes of northwestern Germany.