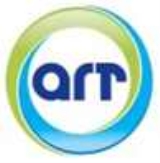 Encyclopedia
Arab Radio and Television Network (acronym: ART) is an Arabic-language
Arabic language
Arabic is a name applied to the descendants of the Classical Arabic language of the 6th century AD, used most prominently in the Quran, the Islamic Holy Book...
television network
Television network
A television network is a telecommunications network for distribution of television program content, whereby a central operation provides programming to many television stations or pay TV providers. Until the mid-1980s, television programming in most countries of the world was dominated by a small...
characterized by its multitude of channels. It is based in Jeddah
Jeddah
Jeddah, Jiddah, Jidda, or Jedda is a city located on the coast of the Red Sea and is the major urban center of western Saudi Arabia. It is the largest city in Makkah Province, the largest sea port on the Red Sea, and the second largest city in Saudi Arabia after the capital city, Riyadh. The...
, Saudi Arabia
Saudi Arabia
The Kingdom of Saudi Arabia , commonly known in British English as Saudi Arabia and in Arabic as as-Sa‘ūdiyyah , is the largest state in Western Asia by land area, constituting the bulk of the Arabian Peninsula, and the second-largest in the Arab World...
. The company was founded in October 1993 by Saleh Abdullah Kamel
Saleh Abdullah Kamel
Saleh Abdullah Kamel is a Saudi businessman, chairman and founder of the Dallah al Baraka Group . He is also the chairman of the General Council for Islamic Banks. He is estimated to be worth about $5.3 billion, ranking number 12 on Arabian Business list of richest Arabs 2008...
, a Saudi businessman. ART is a private company specializing in family entertainment, including movies, music and sport.

ART is common in Saudi Arabia for its exclusive sports event broadcasts, particularly the Saudi Leagues. ART lost a significant amount of its audience share after the launch of many similar free-to-air channels like Rotana
Rotana (television)
Rotana is a series of free television channels broadcast terrestrially in Saudi Arabia and on satellite television for the Arab World and the Arab Diaspora. The channels are part of the Rotana Group a big pan-Arab entertainment group.-General:...
Channels, which is owned by Al-Waleed bin Talal
Al-Waleed bin Talal
Prince Al-Waleed bin Talal is a Saudi Arabian billionaire and member of the Saudi royal family. He is the nephew of King Abdullah of Saudi Arabia. An entrepreneur and international investor he has amassed a fortune through investments in real estate and the stock market.He is founder and CEO of...
.

ART produces over 6,000 live and recorded shows every year including family-oriented dramas, series, plays, sports programs, music videos and documentaries. The network has the largest Arabic movie library in the Middle East and (as part of the AMC conglomerate) has been associated with leading film production studios in the Arab world for well over 30 years.

ART is broadcasting via the Arabsat, Nilesat
Nilesat
Nilesat is an Egyptian company, and the name of a series of Egyptian communications satellites. It was established in 1996 with the purpose of operating Egyptian satellites and their associated ground control station and uplinking facilities...
and Hotbird satellites. Most ART Channels are encrypted using Irdeto
Irdeto
Irdeto B.V. is a global software security and media technology company with dual headquarters in Hoofddorp, Netherlands and Beijing, China. It is a subsidiary of multinational media group Naspers...
2 Encryption. ART's technical broadcast facilities are based in Jordan Media City in Amman
Amman
Amman is the capital of Jordan. It is the country's political, cultural and commercial centre and one of the oldest continuously inhabited cities in the world. The Greater Amman area has a population of 2,842,629 as of 2010. The population of Amman is expected to jump from 2.8 million to almost...
, Jordan
Jordan
Jordan , officially the Hashemite Kingdom of Jordan , Al-Mamlaka al-Urduniyya al-Hashemiyya) is a kingdom on the East Bank of the River Jordan. The country borders Saudi Arabia to the east and south-east, Iraq to the north-east, Syria to the north and the West Bank and Israel to the west, sharing...
.

Arab Radio and TV Network consists of the following channels: