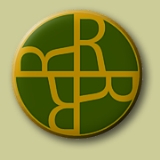 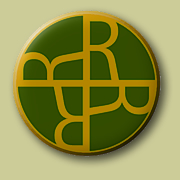 The church's logo is a 4R-symbol as it is used by the South African sister church, too. The four "R"s stand for: RIGHT - ROYAL - RIGHTEOUS - RICH. RIGHT according to the bible, ROYAL as the Bride to have membership with Christ, RIGHTEOUS in partaking of the body and blood of Christ and RICH in the promises Christ gave to his apostles.

The young evangelist Heinrich Friedrich Niemeyer, commonly referred to as H.F. Niemeyer, was sent to mission in Australia by the former new apostolic
New Apostolic Church
The New Apostolic Church is a chiliastic church, converted to Protestantism as a free church from the Catholic Apostolic Church. The church has existed since 1879 in Germany and since 1897 in the Netherlands...
chief apostle
Chief Apostle
The Chief Apostle is the highest minister in the New Apostolic Church, and has existed since 1896.-History:The term "Chief Apostle" was first used officially to describe Jesus Christ in the New Covenant Scriptures, Book of Hebrews, Chapter 3, verse 1, where he is also called the High Priest...
Friedrich Krebs in 1883. He settled in Hatton Vale and started his mission among German immigrants. After a short period he gathered 80 people. In 1886, he was ordained as Apostle during a visit in Germany. After the death of Friedrich Krebs the new chief apostle Hermann Niehaus tried to strengthen his position in comparison to the other apostles and introduced reforms whereof a conflict occurred. After a general apostles' meeting in 1911 Niemeyer was expelled from his office and the church. All Australian church members followed him. Therefore the new apostolic church history only starts in 1911.

During the World War I
World War I
World War I , which was predominantly called the World War or the Great War from its occurrence until 1939, and the First World War or World War I thereafter, was a major war centred in Europe that began on 28 July 1914 and lasted until 11 November 1918...
Niemeyer was imprisoned because of his German origin. His health weakened therefore and shortly after his release he died in 1920. His son Wilhelm Niemeyer took over the church's leadership. He was ordained as apostle already in 1912. From 1918 on the language in which divine services were held was changed from German to English. At this time there probably still existed a prophet's office which calls the other offices. It obviously was abolished afterwards as than visions and dreams revealed new talents for church ministries
Christian ministry
In Christianity, ministry is an activity carried out by Christians to express or spread their faith. 2003's Encyclopedia of Christianity defines it as "carrying forth Christ's mission in the world", indicating that it is "conferred on each Christian in baptism." It is performed by all Christians...
.

Wilhelm Niemeyer's successor was Emil Zielke who ordained two apostles, Arnold Edward Zielke (1905-1988) and Arnan Niemeyer (1908-1995) in 1961. The church was divided into a Northern and Southern district. In 1977 Meryn Zischke (1927-1988) succeeded Arnan Niemeyer. In 1988 suddenly both apostles died and is was up to the European apostles of the federation to look for new leaders. At that time differences between Europe and Australia became evident as on the 5th continent dreams and visions were very important for choosing new ministries. Only on 23 September 1990 the Elder Kenneth Dargusch(South-Queensland) and the Priest
Priest
A priest is a person authorized to perform the sacred rites of a religion, especially as a mediatory agent between humans and deities. They also have the authority or power to administer religious rites; in particular, rites of sacrifice to, and propitiation of, a deity or deities...
Clifford Flor (North-Queensland] were ordained in the Hatton Vale central church with 2.000 members attending the service.

The apostles of the United Apostolic Church started to reform the new apostolic teachings from 1970 on. In 1984 a sort of catechism
Catechism
A catechism , i.e. to indoctrinate) is a summary or exposition of doctrine, traditionally used in Christian religious teaching from New Testament times to the present...
the so called Book of Faith was edited by all apostles of the union. From 1990 on the European apostles started to discuss ordination of women
Ordination of women
Ordination in general religious usage is the process by which a person is consecrated . The ordination of women is a regular practice among some major religious groups, as it was of several religions of antiquity...
and decided upon in 2004. They also changed the views on the understanding of the nature of church, the sacrament
Sacrament
A sacrament is a sacred rite recognized as of particular importance and significance. There are various views on the existence and meaning of such rites.-General definitions and terms:...
s and the ministries. The Australian and South-African partners (see also: Apostolic Church of South Africa - Apostle Unity
Apostolic Church of South Africa - Apostle Unity
The Apostolic Church is the South African branch of the United Apostolic Church. It has roots in the Catholic Apostolic Church in the early 19th century. It was founded in 1955 as a schism of the New Apostolic Church...
) did not follow completely. Therefore there are actually not only differences in liturgy
Liturgy
Liturgy is either the customary public worship done by a specific religious group, according to its particular traditions or a more precise term that distinguishes between those religious groups who believe their ritual requires the "people" to do the "work" of responding to the priest, and those...
but also in teaching.