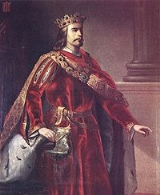 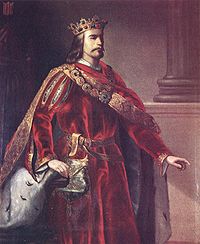 During the reign of his father, he was the procurator general of the Crown. He married Teresa d'Entença y Cabrera, heiress of Urgell
Urgell
The County of Urgell is one of the historical Catalan counties, bordering on the counties of Pallars and Cerdanya.The county was carved by the Franks out of a former section of the Mark of Toulouse when the Alt Urgell area became part of the Carolingian Empire between 785 and 790.The original...
, in 1314 in the Cathedral of Lerida. He is reputed to have been so liberal in the expenses during the wedding, that the local counsels imposed restrictions on how much he could spend. In 1323–1324, he undertook the conquest of Sardinia
Sardinia
Sardinia is the second-largest island in the Mediterranean Sea . It is an autonomous region of Italy, and the nearest land masses are the French island of Corsica, the Italian Peninsula, Sicily, Tunisia and the Spanish Balearic Islands.The name Sardinia is from the pre-Roman noun *sard[],...
. He became heir after his older brother James renounced his rights to become a monk. In 1329, he began a long war with the Republic of Genoa
Republic of Genoa
The Most Serene Republic of Genoa |Ligurian]]: Repúbrica de Zêna) was an independent state from 1005 to 1797 in Liguria on the northwestern Italian coast, as well as Corsica from 1347 to 1768, and numerous other territories throughout the Mediterranean....
. The city of Sassari
Sassari
Sassari is an Italian city. It is the second-largest city of Sardinia in terms of population with about 130,000 inhabitants, or about 300,000 including the greater metropolitan area...
surrenderd in 1323, but rebelled three more times and was contested by Genoa.

After being widowed in 1327, Alfonso married in February 1329 Eleanor of Castile
Eleanor of Castile (1307-1359)
Eleanor of Castile was the eldest child of Ferdinand IV of Castile by his wife Constance of Portugal. She was Queen of Aragon.-Family:...
(1308–1359), who was betrothed to his brother James, who had refused to consummate the marriage. She was the sister of Alfonso XI of Castile
Alfonso XI of Castile
Alfonso XI was the king of Castile, León and Galicia.He was the son of Ferdinand IV of Castile and his wife Constance of Portugal. Upon his father's death in 1312, several disputes ensued over who would hold regency, which were resolved in 1313...
. Because of some favoritism he showed towards his second wife, the last years of his life, he had to contend with the son of his first marriage, the future Peter IV
Peter IV of Aragon
Peter IV, , called el Cerimoniós or el del punyalet , was the King of Aragon, King of Sardinia and Corsica , King of Valencia , and Count of Barcelona Peter IV, (Balaguer, September 5, 1319 – Barcelona, January 6, 1387), called el Cerimoniós ("the Ceremonious") or el del punyalet ("the one...
.