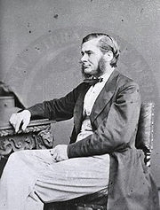 Overview
Agnosticism is the view that the truth value of certain claims—especially claims about the existence or non-existence of any deity
Deity
A deity is a recognized preternatural or supernatural immortal being, who may be thought of as holy, divine, or sacred, held in high regard, and respected by believers....
, but also other religious and metaphysical
Metaphysics
Metaphysics is a branch of philosophy concerned with explaining the fundamental nature of being and the world, although the term is not easily defined. Traditionally, metaphysics attempts to answer two basic questions in the broadest possible terms:...
claims—is unknown or unknowable.
Agnosticism can be defined in various ways, and is sometimes used to indicate doubt
Doubt
Doubt, a status between belief and disbelief, involves uncertainty or distrust or lack of sureness of an alleged fact, an action, a motive, or a decision. Doubt brings into question some notion of a perceived "reality", and may involve delaying or rejecting relevant action out of concerns for...
or a skeptical
Skepticism
Skepticism has many definitions, but generally refers to any questioning attitude towards knowledge, facts, or opinions/beliefs stated as facts, or doubt regarding claims that are taken for granted elsewhere...
approach to questions. In some senses, agnosticism is a stance about the difference between belief
Belief
Belief is the psychological state in which an individual holds a proposition or premise to be true.-Belief, knowledge and epistemology:The terms belief and knowledge are used differently in philosophy....
and knowledge
Knowledge
Knowledge is a familiarity with someone or something unknown, which can include information, facts, descriptions, or skills acquired through experience or education. It can refer to the theoretical or practical understanding of a subject...
, rather than about any specific claim or belief.

If God were "nothing" in the begining and in the end, would not that solve the problem of defining God...? God would thereby exist yet not exist, b...
More

I say that I am an agnostic. People think that's pusillanimous and covering your bets. But it's not based on any belief or yearning for an afterlife but on the fact that we actually know so little about the cosmos. It is a tribute to the complexity and, at our present stage of development, the unknowability of the universe.

Belief is otiose; reality is sufficiently awesome as it stands.

One should not have the arrogance to declare that God does not exist.

I took thought, and invented what I conceived to be the appropriate title of "agnostic." It came into my head as suggestively antithetic to the "gnostic" of Church history, who professed to know so much about the very things of which I was ignorant. To my great satisfaction the term took.

Thomas Huxley, in 'Christianity and Agnosticism: A Controversy (1889)

Agnosticism simply means that a man shall not say he knows or believes that for which he has no grounds for professing to believe.