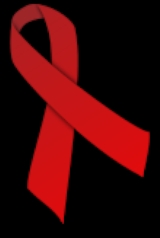 Since 1992 how long does it take for hiv to manifest aids?
More

In the end one cannot avoid the conclusion that AIDS unites certain human themes — homosexuality, sexual disease, and death — about which society actively resists enlightenment. These are things that we are unwilling to address or even think about. We don't want to understand them. We would rather fear them.

As individual and unpredictable as this illness seems to be, the one thing I found I could say with certainty was this: AIDS makes things more intensely what they already are.

On December 22,1986, finding I was body positive, I set myself a target: I would disclose my secret and survive Margaret Thatcher. I did. Now I have set my sights on the millennium and a world where we are all equal.

Derek Jarman At Your Own Risk

There are many who wish to believe that premarital sex causes venereal diseases, that homosexuality causes AIDS... This is simply not true; infectious diseases are caused by infectious agents.