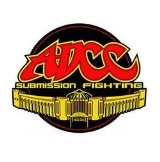 Encyclopedia
The ADCC Submission Wrestling
Submission wrestling
Submission wrestling or Combat wrestling in Japan, is a formula of competition and a general term describing the aspect of martial arts and combat sports that focus on clinch and ground fighting with the aim of obtaining a submission using submission holds...
World Championship is a competition involving professional athletes who have been successful at the highest levels of jiu-jitsu
Brazilian Jiu-Jitsu
Brazilian Jiu-Jitsu is a martial art, combat sport, and a self defense system that focuses on grappling and especially ground fighting...
, wrestling
Wrestling
Wrestling is a form of grappling type techniques such as clinch fighting, throws and takedowns, joint locks, pins and other grappling holds. A wrestling bout is a physical competition, between two competitors or sparring partners, who attempt to gain and maintain a superior position...
, judo
Judo
is a modern martial art and combat sport created in Japan in 1882 by Jigoro Kano. Its most prominent feature is its competitive element, where the object is to either throw or takedown one's opponent to the ground, immobilize or otherwise subdue one's opponent with a grappling maneuver, or force an...
, sambo
Sambo (martial art)
Sambo is a Russian martial art and combat sport. The word "SAMBO" is an acronym for SAMooborona Bez Oruzhiya, which literally translates as "self-defense without weapons". Sambo is relatively modern since its development began in the early 1920s by the Soviet Red Army to improve their hand to hand...
, shooto
Shooto
Shooto is a mixed martial arts organization that is governed by the Shooto Association and the International Shooto Commission. Shooto was originally formed in 1985, as an organization and as a particular fighting system derived from shoot wrestling. Practitioners are referred to as shooters,...
and mixed martial arts
Mixed martial arts
Mixed Martial Arts is a full contact combat sport that allows the use of both striking and grappling techniques, both standing and on the ground, including boxing, wrestling, Brazilian jiu-jitsu, muay Thai, kickboxing, karate, judo and other styles. The roots of modern mixed martial arts can be...
. The rules of the event disallow strikes while promoting grappling and submissions.

Thousands of Submission grappling tournaments around the world use elements of the ADCC format and rule structure. To date, the great majority of ADCC champions have had experience studying the art of Brazilian Jiu-Jitsu
Brazilian Jiu-Jitsu
Brazilian Jiu-Jitsu is a martial art, combat sport, and a self defense system that focuses on grappling and especially ground fighting...
, whose rules are the most similar to. However, there have been notable exceptions to this, such as Japan
Japan
Japan is an island nation in East Asia. Located in the Pacific Ocean, it lies to the east of the Sea of Japan, China, North Korea, South Korea and Russia, stretching from the Sea of Okhotsk in the north to the East China Sea and Taiwan in the south...
ese Sanae Kikuta
Sanae Kikuta
Sanae Kikuta is a Japanese mixed martial artist who rose to popularity fighting in the Pancrase organization, and currently fights for World Victory Road...
(Judo/Catch Wrestling), South Africa
South Africa
The Republic of South Africa is a country in southern Africa. Located at the southern tip of Africa, it is divided into nine provinces, with of coastline on the Atlantic and Indian oceans...
n Mark Robinson (who was a champion in judo, Greco-Roman and Freestyle wrestling, Sumo, and also power lifting), and American Mark Kerr (Collegiate/Freestyle Wrestling).

Prior to the 2009 tournament, ADCC announced that it would be expanding the size of the semi-annual tournament from seven weight divisions to eleven.

The seeds below are determined by a top four placement in the weight class tournaments prior to the absolute tournament. For example, 'LhW1' means that the competitor finished in 1st place in the light-heavyweight tournament that year. The event is held once every two years.