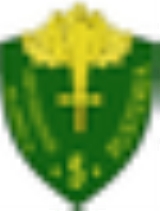 Encyclopedia
The 5th Alpini Division Pusteria was a light Infantry
Light infantry
Traditionally light infantry were soldiers whose job was to provide a skirmishing screen ahead of the main body of infantry, harassing and delaying the enemy advance. Light infantry was distinct from medium, heavy or line infantry. Heavy infantry were dedicated primarily to fighting in tight...
division
Division (military)
A division is a large military unit or formation usually consisting of between 10,000 and 20,000 soldiers. In most armies, a division is composed of several regiments or brigades, and in turn several divisions typically make up a corps...
of the Italian Army
Italian Army
The Italian Army is the ground defence force of the Italian Armed Forces. It is all-volunteer force of active-duty personnel, numbering 108,355 in 2010. Its best-known combat vehicles are the Dardo infantry fighting vehicle, the Centauro tank destroyer and the Ariete tank, and among its aircraft...
, specializing in Mountain Combat
Mountain warfare
Mountain warfare refers to warfare in the mountains or similarly rough terrain. This type of warfare is also called Alpine warfare, named after the Alps mountains...
. The Alpini
Alpini
The Alpini, , are the elite mountain warfare soldiers of the Italian Army. They are currently organized in two operational brigades, which are subordinated to the Alpini Corps Command. The singular is Alpino ....
are a mountain infantry corps of the Italian Army, that distinguished itself in combat during World War I
World War I
World War I , which was predominantly called the World War or the Great War from its occurrence until 1939, and the First World War or World War I thereafter, was a major war centred in Europe that began on 28 July 1914 and lasted until 11 November 1918...
and World War II
World War II
World War II, or the Second World War , was a global conflict lasting from 1939 to 1945, involving most of the world's nations—including all of the great powers—eventually forming two opposing military alliances: the Allies and the Axis...
. The division was formed in 1935.

The 5 Alpini Division Pusteria was dispatched in 1935 to Eritrea
Eritrea
Eritrea , officially the State of Eritrea, is a country in the Horn of Africa. Eritrea derives it's name from the Greek word Erethria, meaning 'red land'. The capital is Asmara. It is bordered by Sudan in the west, Ethiopia in the south, and Djibouti in the southeast...
were it participated in the Italian attack
Second Italo-Abyssinian War
The Second Italo–Abyssinian War was a colonial war that started in October 1935 and ended in May 1936. The war was fought between the armed forces of the Kingdom of Italy and the armed forces of the Ethiopian Empire...
on Abyssinia
Ethiopia
Ethiopia , officially known as the Federal Democratic Republic of Ethiopia, is a country located in the Horn of Africa. It is the second-most populous nation in Africa, with over 82 million inhabitants, and the tenth-largest by area, occupying 1,100,000 km2...
. The division played a primary role in the Battle of Amba Aradam
Battle of Amba Aradam
The Battle of Amba Aradam was a battle fought on the northern front of what was known as the Second Italo-Abyssinian War. This battle consisted of attacks and counterattacks by Italian forces under Marshal of Italy Pietro Badoglio and Ethiopian forces under Ras Mulugeta Yeggazu...
and the Battle of Maychew
Battle of Maychew
The Battle of Maychew was the last major battle fought on the northern front during the Second Italo-Abyssinian War. The battle consisted of a failed counterattack by the Ethiopian forces under Emperor Haile Selassie making frontal assaults against prepared Italian defensive positions under the...
.

The division was then sent to Albania, where it participated in the Italian attack
Greco-Italian War
The Greco-Italian War was a conflict between Italy and Greece which lasted from 28 October 1940 to 23 April 1941. It marked the beginning of the Balkans Campaign of World War II...
on Greece.

In August 1942, the division was repatriated and after two months of rest participated in Case Anton
Case Anton
Operation Anton was the codename for the military occupation of Vichy France carried out by Germany and Italy in November 1942.- Background :...
, the Axis occupation of Vichy France
Vichy France
Vichy France, Vichy Regime, or Vichy Government, are common terms used to describe the government of France that collaborated with the Axis powers from July 1940 to August 1944. This government succeeded the Third Republic and preceded the Provisional Government of the French Republic...
. Afterwards the Pusteria took up garrison duties in the southern region of Provence
Provence
Provence ; Provençal: Provença in classical norm or Prouvènço in Mistralian norm) is a region of south eastern France on the Mediterranean adjacent to Italy. It is part of the administrative région of Provence-Alpes-Côte d'Azur...
.

After the signing of the Italian armistice with the Allies
Armistice with Italy
The Armistice with Italy was an armistice signed on September 3 and publicly declared on September 8, 1943, during World War II, between Italy and the Allied armed forces, who were then occupying the southern end of the country, entailing the capitulation of Italy...
on September 8, 1943 part of the division surrendered to German forces in Southern France while other units managed to return to the Italian region of Piedmont
Piedmont
Piedmont is one of the 20 regions of Italy. It has an area of 25,402 square kilometres and a population of about 4.4 million. The capital of Piedmont is Turin. The main local language is Piedmontese. Occitan is also spoken by a minority in the Occitan Valleys situated in the Provinces of...
were they disbanded.
The source of this article is wikipedia, the free encyclopedia.  The text of this article is licensed under the GFDL.