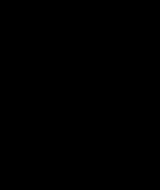 Encyclopedia
12 Victoria is a large main-belt asteroid
Asteroid
Asteroids are a class of small Solar System bodies in orbit around the Sun. They have also been called planetoids, especially the larger ones...
.

Victoria is officially named after the Roman goddess of victory
Victoria (mythology)
In ancient Roman religion, Victoria was the personified goddess of victory. She is the Roman equivalent of the Greek goddess Nike, and was associated with Bellona. She was adapted from the Sabine agricultural goddess Vacuna and had a temple on the Palatine Hill...
, but the name also honours Queen Victoria. The goddess Victoria (Nike
Nike (mythology)
In Greek mythology, Nike was a goddess who personified victory, also known as the Winged Goddess of Victory. The Roman equivalent was Victoria. Depending upon the time of various myths, she was described as the daughter of Pallas and Styx and the sister of Kratos , Bia , and Zelus...
for the Greeks) was the daughter of Styx
Styx (mythology)
The Styx is a river in Greek mythology that formed the boundary between Earth and the Underworld . It circles the Underworld nine times...
by the Titan
Titan (mythology)
In Greek mythology, the Titans were a race of powerful deities, descendants of Gaia and Uranus, that ruled during the legendary Golden Age....
Pallas
Pallas (son of Crius)
Pallas is a Titan, associated with war, killed by Athena in the contest to fight for Zeus . Most sources indicate that he was the son of Crius and Eurybia, the brother of Astraeus and Perses, and the husband of Styx. He was the father of Zelus, Nike, Kratos, and Bia. In addition, he has been named...
. The coincidence with the name of the then-reigning queen caused quite a controversy at the time, and B. A. Gould
Benjamin Apthorp Gould
Benjamin Apthorp Gould was a pioneering American astronomer. He is notable for creating the Astronomical Journal, discovering the Gould Belt, and for founding of the Argentine National Observatory and the Argentine National Weather Service.-Biography:He was born in Boston, Massachusetts, son of...
, editor of the prestigious Astronomical Journal
Astronomical Journal
The Astronomical Journal is a peer-reviewed monthly scientific journal owned by the American Astronomical Society and currently published by Institute of Physics Publishing. It is one of the premier journals for astronomy in the world...
, adopted the alternate name Clio (now used by 84 Klio
84 Klio
84 Klio is a quite large and very dark main-belt asteroid. It was discovered by R. Luther on August 25, 1865, and named after Clio, the Muse of history in Greek mythology. The name Clio had previously been suggested by the discoverer of 12 Victoria, and that is the name B. A...
), proposed by the discoverer. However, W. C. Bond
William Cranch Bond
William Cranch Bond was an American astronomer, and the first director of Harvard College Observatory.- Upbringing :William Cranch Bond was born in Falmouth, Maine on September 9, 1789...
, of the Harvard College Observatory
Harvard College Observatory
The Harvard College Observatory is an institution managing a complex of buildings and multiple instruments used for astronomical research by the Harvard University Department of Astronomy. It is located in Cambridge, Massachusetts, USA, and was founded in 1839...
, then the highest authority on astronomy in America
United States
The United States of America is a federal constitutional republic comprising fifty states and a federal district...
, held that the mythological condition was fulfilled and the name therefore acceptable, and his opinion eventually prevailed.

Radar
Radar
Radar is an object-detection system which uses radio waves to determine the range, altitude, direction, or speed of objects. It can be used to detect aircraft, ships, spacecraft, guided missiles, motor vehicles, weather formations, and terrain. The radar dish or antenna transmits pulses of radio...
and speckle interferometry observations show that the shape of Victoria is elongated, and it is suspected to be a binary asteroid
Binary asteroid
A binary asteroid is a system of two asteroids orbiting their common center of mass, in analogy with binary stars. 243 Ida was the first binary asteroid to be identified when the Galileo spacecraft did a flyby in 1993...
.

Victoria has only ever been observed to occult
Occultation
An occultation is an event that occurs when one object is hidden by another object that passes between it and the observer. The word is used in astronomy . It can also refer to any situation wherein an object in the foreground blocks from view an object in the background...
a star
Star
A star is a massive, luminous sphere of plasma held together by gravity. At the end of its lifetime, a star can also contain a proportion of degenerate matter. The nearest star to Earth is the Sun, which is the source of most of the energy on Earth...
thrice since its discovery.