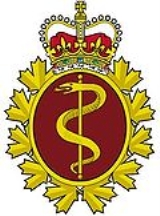 It started out initially as a local militia unit. In World War I, the field ambulance was sent to the 5th Canadian Division
5th Canadian Division
The 5th Canadian Division of the Canadian Corps was formed during World War I. The 5th began assembling in Britain in February, 1917, but was broken up in February of 1918 before it was fully formed...
and stationed with the Seaforth Highlanders for a period of time. After the war, it was set up as a reserve unit and renamed 12 Field Ambulance. The unit was called to active service in World War II
World War II
World War II, or the Second World War , was a global conflict lasting from 1939 to 1945, involving most of the world's nations—including all of the great powers—eventually forming two opposing military alliances: the Allies and the Axis...
in 1939.

In 1942 the unit, now known as 12 Canadian Light Field Ambulance (the term "light" indicated that it was equipped to be particularly fast moving and so able to keep up with a swiftly advancing armoured division), sailed to England with the 4th (Canadian) Armoured Division. Providing medical support to the Division as they participated in operations within Europe. One of the unit's most significant action was in support of the 4th Armoured Division during the battle of Hochwald Forest.

12 Field Ambulance made Canadian medical corps history becoming the only field ambulance to engage the enemy in combat. This occurred one morning in April 1945 in the German town of Sogel
Sögel
Samtgemeinde Sögel is a Samtgemeinde in the district Emsland in Lower Saxony, Germany.The following towns are situated in Sögel:...
. German soldiers approached, and fired upon the casualty treatment facility under cover of darkness. The Commanding Officer quickly organized two platoons, and placed them at the approaches to the dressing stations. They held off the enemy for two hours; with weapons borrowed from the wounded -at the time medics didn't carry weapons- until a squadron of tanks arrived to relieve them. During the fighting the dressing station continued treating patients. The Commanding Officer, LCol A.D. MacPherson received the Distinguished Service Order
Distinguished Service Order
The Distinguished Service Order is a military decoration of the United Kingdom, and formerly of other parts of the British Commonwealth and Empire, awarded for meritorious or distinguished service by officers of the armed forces during wartime, typically in actual combat.Instituted on 6 September...
for his leadership in this action; Cpl F.F. Thompson was awarded the Military Medal
Military Medal
The Military Medal was a military decoration awarded to personnel of the British Army and other services, and formerly also to personnel of other Commonwealth countries, below commissioned rank, for bravery in battle on land....
, and Capt Harry Jolley received the Member of the Order of the British Empire.

After the war, 12 Field Ambulance was reverted back to the Army Reserve (Militia) and moved to Jericho Garrison in 1947. The unit was then renamed 24 Medical Company following another move to Bessborough Armoury
Bessborough Armoury
Bessborough Armoury is a Canadian Forces armoury located at 2025 West 11th Avenue in Vancouver, British Columbia.- History :Construction of the armoury began in September 1932 and was completed in the following spring. The architect was Richard T. Perry, who was also the Commanding Officer of the...
. In 1969, the medical unit became attached to 12 Vancouver Service Battalion. In the early 1970s, the unit was disbanded along with all militia medical units across Canada. After existing as a medical station at 12 Service Battalion for several years, the unit was raised as 12 (Vancouver) Medical Company in 1980 and is relocated back to its present location at Jericho Garrison later that year. During this period, the unit has participated in numerous peace keeping missions around the world.

12 Field Ambulance have been involved with local operations ranging from G8 Security in 2002 to fighting BC Forest Fires in the year 2003. Recently, the unit has been awarded with the Freedom of the City from the city of Vancouver
Vancouver
Vancouver is a coastal seaport city on the mainland of British Columbia, Canada. It is the hub of Greater Vancouver, which, with over 2.3 million residents, is the third most populous metropolitan area in the country,...
in 2007. In addition to domestic operations, the unit has participated in operations overseas, most recently in Operation Athena in Afghanistan
Afghanistan
Afghanistan , officially the Islamic Republic of Afghanistan, is a landlocked country located in the centre of Asia, forming South Asia, Central Asia and the Middle East. With a population of about 29 million, it has an area of , making it the 42nd most populous and 41st largest nation in the world...
and have members that are currently training for further deloyments.

12 Field Ambulance has (had) members deployed in many Domestic and Foreign Operations (OP's), including: