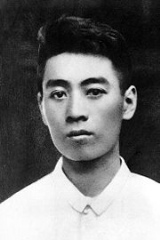 All diplomacy is a continuation of war by other means.

China is an attractive piece of meat coveted by all … but very tough, and for years no one has been able to bite into it.