Zevenaar is a municipality
Municipality
A municipality is essentially an urban administrative division having corporate status and usually powers of self-government. It can also be used to mean the governing body of a municipality. A municipality is a general-purpose administrative subdivision, as opposed to a special-purpose district...
and a city in the eastern Netherlands
Netherlands
The Netherlands is a constituent country of the Kingdom of the Netherlands, located mainly in North-West Europe and with several islands in the Caribbean. Mainland Netherlands borders the North Sea to the north and west, Belgium to the south, and Germany to the east, and shares maritime borders...
, near the border with Germany
Germany
Germany , officially the Federal Republic of Germany , is a federal parliamentary republic in Europe. The country consists of 16 states while the capital and largest city is Berlin. Germany covers an area of 357,021 km2 and has a largely temperate seasonal climate...
.

Zevenaar is located in the province Gelderland
Gelderland
Gelderland is the largest province of the Netherlands, located in the central eastern part of the country. The capital city is Arnhem. The two other major cities, Nijmegen and Apeldoorn have more inhabitants. Other major regional centers in Gelderland are Ede, Doetinchem, Zutphen, Tiel, Wijchen,...
, in the east of the Netherlands. The earliest signs of human activity are remnants of a 700 BC settlement found near present day Zevenaar. In 1049, Emperor Hendrik III donated a large amount of land to five warlords of which the leader was named Bartholomeus II of Sevenaer. They founded a castle to protect the old roman settlements from the Germans. 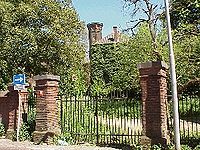 In 1487, the duke of Cleves, a nearby town in Germany, gave Sevenaer city rights. Sevenaer was an important strategic point on the border of Gelderland and Germany. When Sevenaer obtained city rights it had the monopoly on markets and on sale of bread and beer with the surrounding towns. Also the jurisdiction in Sevenaer was founded, the town government was charging taxes so that the town could build roads, railways and public buildings. For the 500 inhabitants that was a heavy tax. Because of the plundering by several armies there were not enough supplies and money to build anything. Also contagious diseases ensured much embarrassment. In that time not the citizens but some well-to-do families got the right to participation in policy and government. Sevenaer then experienced a financially well period. In 1793 the sity had 900 inhabitants. 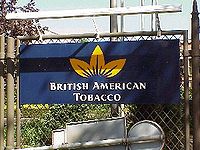 In 1816, Sevenaer became part of the Kingdom of the Netherlands. Two years later the old spelling of Sevenaer was changed to the current name: Zevenaar. The municipality then had 2564 inhabitants. The 19th century was a century of poverty, bad harvests, sicknesses and hunger. There was hardly trade and work. Many people lived by agriculture or from charity. In 1856, Zevenaar was connected to the European railroad system, which (just some decades later) led to the increase in workforce. In 1920, the cigarette factory Turmac came which insured much employment. 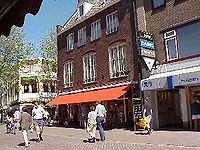 After the second World War, which caused a lot of damage, people started to rebuild and new residential areas arose around the old core. For fifty years approximately 10,000 people lived in Zevenaar. By 2005, that number had more than doubled to 22,500 inhabitants. The municipality of Zevenaar exists from the following residential areas: Angerlo, Babberich, Giesbeek, Lathum, Ooy, Old Zevenaar, and Zevenaar, which together have 31.840 inhabitants in January 2007.(source: CBS)


People born or lived in Zevenaar