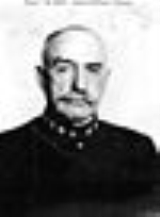 Born in Bibb County, Georgia
Bibb County, Georgia
Bibb County is a county located in the U.S. state of Georgia. As of 2000, the population was 153,887. The 2007 Census Estimate shows a population of 154,709...
, Benson graduated from the United States Naval Academy
United States Naval Academy
The United States Naval Academy is a four-year coeducational federal service academy located in Annapolis, Maryland, United States...
in 1877. His early years of sea duty included cruise around the World in Dolphin
USS Dolphin (PG-24)
USS Dolphin —a gunboat/dispatch vessel—was the fourth ship of the United States Navy to be named for the dolphin. Dolphins keel was laid down by John Roach & Sons of Chester, Pennsylvania. She was launched on 12 April 1884, with Captain George Dewey in command, and commissioned on 8 December 1885...
during the 1880s. He was also active in coast survey and hydrographic duties, was an instructor at the Naval Academy, commanded the cruiser
Cruiser
A cruiser is a type of warship. The term has been in use for several hundreds of years, and has had different meanings throughout this period...
Albany (CL-23)
USS Albany (CL-23)
The third USS Albany was a United States Navy protected cruiser. She was originally laid down for the Brazilian Navy as Almirante Abreu, but was purchased by the United States Navy on 16 March 1898 to prevent her being acquired by the Spanish Navy during the Spanish-American War and renamed...
and served as a flag aide and fleet chief of staff, in addition to other assignments.

In 1911, Captain Benson became the first Commanding Officer of the battleship
Battleship
A battleship is a large armored warship with a main battery consisting of heavy caliber guns. Battleships were larger, better armed and armored than cruisers and destroyers. As the largest armed ships in a fleet, battleships were used to attain command of the sea and represented the apex of a...
Utah (BB-31)
USS Utah (BB-31)
USS Utah was a battleship that was attacked and sunk in Pearl Harbor on 7 December 1941. A Florida-class battleship, she was the only ship of the United States Navy to be named for the U.S. state of Utah...
. He was Commandant of the Philadelphia Navy Yard in 1913-15.

In 1915 he was promoted to the rank of Rear Admiral
Rear admiral (United States)
Rear admiral is a naval commissioned officer rank above that of a commodore and captain, and below that of a vice admiral. The uniformed services of the United States are unique in having two grades of rear admirals.- Rear admiral :...
and became the Navy's first Chief of Naval Operations (CNO), functionally replacing Rear Admiral Bradley A. Fiske
Bradley Fiske
Rear Admiral Bradley Allen Fiske was an officer in the United States Navy who was noted as a technical innovator. During his long career, Fiske invented more than a hundred and thirty electrical and mechanical devices, with both Naval and civilian uses, and wrote extensively on technical and...
, the last Aide for Naval Operations.

Benson was heavily involved in defining the functions of the new CNO position and strengthening the Navy during a period marked by internal Navy Department tensions, U.S. interventions in the Caribbean and Central America, and the world war
World War I
World War I , which was predominantly called the World War or the Great War from its occurrence until 1939, and the First World War or World War I thereafter, was a major war centred in Europe that began on 28 July 1914 and lasted until 11 November 1918...
. Promoted to the rank of Admiral in 1916, his responsibilities greatly expanded when the United States
United States
The United States of America is a federal constitutional republic comprising fifty states and a federal district...
entered the First World War in April 1917. Over the next year and a half, he oversaw a huge expansion of the Navy, the extension of its operations to European waters and the transportation of the Army's American Expeditionary Forces to [France. After the November 1918 Armistice
Armistice with Germany (Compiègne)
The armistice between the Allies and Germany was an agreement that ended the fighting in the First World War. It was signed in a railway carriage in Compiègne Forest on 11 November 1918 and marked a victory for the Allies and a complete defeat for Germany, although not technically a surrender...
, he was an active participant in the lengthy peace negotiations held in France.

In World War I the Navy explored aviation, both land-based and carrier based. However the Navy nearly abolished aviation in 1919 when Benson could not "conceive of any use the fleet will ever have for aviation" and he secretly tried to abolish the Navy's Aviation Division. However Assistant Secretary of the Navy Franklin D. Roosevelt
Franklin D. Roosevelt
Franklin Delano Roosevelt , also known by his initials, FDR, was the 32nd President of the United States and a central figure in world events during the mid-20th century, leading the United States during a time of worldwide economic crisis and world war...
reversed the decision because he believed aviation might someday be "the principal factor" at sea with missions to bomb enemy warships, scout enemy fleets, map mine fields, and escort convoys. Grudgingly allowing it a minor mission, the Navy slowly built up its aviation.

His mother, Catherine Brewer Benson
Catherine Brewer Benson
Catherine Elizabeth Benson, née Brewer was the first woman to earn a college bachelor's degree.Catherine Elizabeth Brewer was born on January 24, 1822 in Augusta, Georgia...
, was the first woman to receive a degree from a chartered college, Georgia Female College (now Wesleyan College
Wesleyan College
Wesleyan College is a private, liberal arts women's college located in Macon, Georgia, United States.-History:The school was chartered on December 23, 1836 as the Georgia Female College, and opened its doors to students on January 7, 1839. The school was renamed Wesleyan Female College in 1843...
).