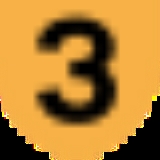 Encyclopedia
The Western Harbour Crossing (abbreviation WHC, 西隧) is a dual 3-lane immersed tube
Immersed tube
An immersed tube is a kind of underwater tunnel composed of segments, constructed elsewhere and floated to the tunnel site to be sunk into place and then linked together. They are commonly used for road and rail crossings of rivers, estuaries and sea channels/harbours...
tunnel
Tunnel
A tunnel is an underground passageway, completely enclosed except for openings for egress, commonly at each end.A tunnel may be for foot or vehicular road traffic, for rail traffic, or for a canal. Some tunnels are aqueducts to supply water for consumption or for hydroelectric stations or are sewers...
in Hong Kong
Hong Kong
Hong Kong is one of two Special Administrative Regions of the People's Republic of China , the other being Macau. A city-state situated on China's south coast and enclosed by the Pearl River Delta and South China Sea, it is renowned for its expansive skyline and deep natural harbour...
. It is the third tunnel to cross Victoria Harbour
Victoria Harbour
Victoria Harbour is a natural landform harbour situated between Hong Kong Island and the Kowloon Peninsula in Hong Kong. The harbour's deep, sheltered waters and strategic location on the South China Sea were instrumental in Hong Kong's establishment as a British colony and its subsequent...
, linking the newly reclaimed land in West Kowloon
West Kowloon
West Kowloon is a part of Kowloon, Hong Kong situated within the Yau Tsim Mong District. It is bounded by Canton Road to the east, Victoria Harbour to the west and the south, and Jordan Road to the north. Further to the north, the area extends to Tai Kok Tsui to the west of the West Kowloon...
with Sai Ying Pun
Sai Ying Pun
Sai Ying Pun is an area in Western District on the Hong Kong Island in Hong Kong. It is part of Central and Western District in district administration....
on Hong Kong Island
Hong Kong Island
Hong Kong Island is an island in the southern part of the Hong Kong Special Administrative Region. It has a population of 1,289,500 and its population density is 16,390/km², as of 2008...
. It was constructed by the Western Harbour Tunnel Company Limited (WHTCL) on a 30 year franchise (1993–2023) build-operate-transfer (BOT) model proposed by the Government.

The Western Harbour Crossing is part of the Airport Core Programme
Airport Core Programme
The Hong Kong Airport Core Programme was a series of infrastructure projects centred around the new Hong Kong International Airport during the early 1990s...
which was a comprehensive set of infrastructure projects associated with the airport
Hong Kong International Airport
Hong Kong International Airport is the main airport in Hong Kong. It is colloquially known as Chek Lap Kok Airport , being built on the island of Chek Lap Kok by land reclamation, and also to distinguish it from its predecessor, the closed Kai Tak Airport.The airport opened for commercial...
at Chek Lap Kok
Chek Lap Kok
Chek Lap Kok was an island in the western waters of Hong Kong. Together with the smaller Lam Chau, it was leveled and merged via land reclamation into the platform for the current Hong Kong International Airport, which opened for commercial operations in 1998...
. The tunnel carries on the Route 3
Route 3 (Hong Kong)
Route 3 is a series of expressways in Hong Kong from Sai Ying Pun on the Hong Kong Island to Yuen Long in the New Territories, via Yau Ma Tei, Kwai Chung and Tsing Yi Island.From south to north, Route 3 can be divided into four parts...
designation from the West Kowloon Highway
West Kowloon Highway
West Kowloon Highway is a section of Route 3 in Hong Kong. This dual-3 lane highway runs for 4.2 km, connecting Western Harbour Crossing in the south with Tsing Kwai Highway in the north. While the southern section of the road is at grade, the northern part is on a viaduct in order to accommodate...
, and connects to Route 4
Route 4 (Hong Kong)
Route 4 is an east-west road artery along the north shore of Hong Kong Island, Hong Kong. Formerly divided into routes 7 and 8, Route 4 consists of two sections:...
on Hong Kong Island.


Problems with the Tunnel

The Western Harbour Crossing is known in Hong Kong for the high tolls charged to users. With tolls ranging from HKD 23-$115, it is much more expensive than the nearby government owned Cross Harbour Tunnel, which tolls range from HKD 8-$30. Therefore, much of the traffic that would normally go though the Western Harbour Crossing has now switched to the Cross Harbour Tunnel to save money on tolls. This Combined with the traffic that would normally go through the Eastern Harbour Crossing
Eastern Harbour Crossing
The Eastern Harbour Crossing, abbreviated as "EHC" , is a tunnel in Hong Kong. It is a combined road and MTR rail link under Victoria Harbour between Quarry Bay in Hong Kong Island and Cha Kwo Ling in Kowloon.- History :...
, congestion on the Cross Harbour Tunnel is extreme. Recently there have been calls for lower tolls at the Western Harbour Crossing by letting the Government of Hong Kong
Government of Hong Kong
The Government of the Hong Kong Special Administrative Region of the People's Republic of China, commonly the Hong Kong Government, is led by the Chief Executive as Head of the Government, who is also the head of the Hong Kong SAR...
buy back the tunnel from the current owners of the tunnel, WHTCL, so that it can control tolls and ease traffic congestion in the Cross Harbour Tunnel area. However the consultant hired by the Government to find a solution to the traffic problem did not suggest the Western Harbour Crossing have lower tolls. The consultants said that if the tolls were lowered and much more traffic volume, there would be a severe jam on the exit to Route 4 (Hong Kong)
Route 4 (Hong Kong)
Route 4 is an east-west road artery along the north shore of Hong Kong Island, Hong Kong. Formerly divided into routes 7 and 8, Route 4 consists of two sections:...
because traffic jams are already bad there during rush hour. This solution would only be possible when the construction of the Central-Wan Chai Bypass
Central-Wan Chai Bypass
The Central-Wan Chai Bypass is a proposed 4 km trunk road running between Central and Causeway Bay, Hong Kong. The original design consists of a 2.3 km dual 3-lane tunnel running under new reclamation areas which will be provided by Central and Wan Chai Reclamation project, and also...
is completed.

Bus routes which use the crossing: