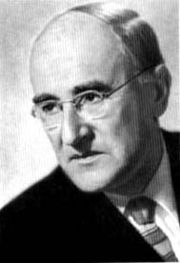 Vladimir Porfiryev was born to the family of the Zemstvo
Zemstvo
Zemstvo was a form of local government that was instituted during the great liberal reforms performed in Imperial Russia by Alexander II of Russia. The idea of the zemstvo was elaborated by Nikolay Milyutin, and the first zemstvo laws were put into effect in 1864...
demographer. He graduated from 1st Vyatka Gymnasium
Gymnasium (school)
A gymnasium is a type of school providing secondary education in some parts of Europe, comparable to English grammar schools or sixth form colleges and U.S. college preparatory high schools. The word γυμνάσιον was used in Ancient Greece, meaning a locality for both physical and intellectual...
in 1918 and then worked for the local demographic bureau. In 1919 Porfiriev as a voluntarily joined the Red Army
Red Army
The Workers' and Peasants' Red Army started out as the Soviet Union's revolutionary communist combat groups during the Russian Civil War of 1918-1922. It grew into the national army of the Soviet Union. By the 1930s the Red Army was among the largest armies in history.The "Red Army" name refers to...
and took part in the Russian Civil War
Russian Civil War
The Russian Civil War was a multi-party war that occurred within the former Russian Empire after the Russian provisional government collapsed to the Soviets, under the domination of the Bolshevik party. Soviet forces first assumed power in Petrograd The Russian Civil War (1917–1923) was a...
. After demobilisation he studied at Perm University and then transferred to the Exploration Faculty of the Petrograd Mining Institute, where he graduated in 1926.

In 1924, while still a student, he started his geological and research career in the State Geological Committee, where he first worked in their West Siberia Section and then for Petroleum one (now VNIGRI). From 1929 to 1938 he worked for as a geologits and head of the Central Asia
Central Asia
Central Asia is a core region of the Asian continent from the Caspian Sea in the west, China in the east, Afghanistan in the south, and Russia in the north...
Secion at All-Union Petroleum Research Geoexploration Institute (VNIGRI), and a foreman for Central oblasts of Russian SFSR. Without defending a thesis he received a PhD and professor degree in 1937. The next year he defended a Doctor of Science dissertation in Geology and Mineralogy titled "Formation conditions of the Central Asia oil fields". He then headed studies on hydrocarbon potential evaluation at the Institute of Geological Sciences at Kiev
Kiev
Kiev or Kyiv is the capital and the largest city of Ukraine, located in the north central part of the country on the Dnieper River. The population as of the 2001 census was 2,611,300. However, higher numbers have been cited in the press....
State University.

At the beginning of World War II he was called up for military service in the Red Army but soon was demobilized and sent to the Geological Institute at the Academic Sciences University in Tashkent
Tashkent
Tashkent is the capital of Uzbekistan and of the Tashkent Province. The officially registered population of the city in 2008 was about 2.2 million. Unofficial sources estimate the actual population may be as much as 4.45 million.-Early Islamic History:...
, where he worked as senior researcher until 1944. Then he returned to Kiev and headed the Petroleum Department at the Institute of Geological Sciences. 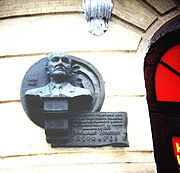 In 1945, Porfiriev began a new phase of his career, beginning with his relocation to Lviv in the Western Ukraine. There he organized the Lviv Branch of the Institute of Geological Sciences, the Lviv Seological Society, the Physical Geology Department at Lviv State University and established the Oil and Gas Fields Geology and Exploration Department at Lviv Polytech Institute, the first Ukrainian college for petroleum engineers.

Vladimir Porfiriev contributed to numerous scientific journals, and edited the "Reports of Academic Sciences of the Ukrainian SSR" and the "Geological Journal". He was a member of the Earth Sciences Division at the Presidium of the Academy from 1963 to 1968. He published 262 research works, including many monographs.
The source of this article is wikipedia, the free encyclopedia.  The text of this article is licensed under the GFDL.