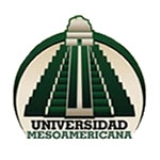 Encyclopedia
Universidad Mesoamericana is a university
University
A university is an institution of higher education and research, which grants academic degrees in a variety of subjects. A university is an organisation that provides both undergraduate education and postgraduate education...
in Guatemala
Guatemala
Guatemala is a country in Central America bordered by Mexico to the north and west, the Pacific Ocean to the southwest, Belize to the northeast, the Caribbean to the east, and Honduras and El Salvador to the southeast...
. It has branches in Guatemala City
Guatemala City
Guatemala City , is the capital and largest city of the Republic of Guatemala and Central America...
and Quetzaltenango
Quetzaltenango
Quetzaltenango, also commonly known by its indigenous name, Xelajú , or more commonly, Xela , is the second largest city of Guatemala. It is both the capital of Quetzaltenango Department and the municipal seat of Quetzaltenango municipality....
.

In 1971 the Salesians of the Don Bosco Association signed an agreement of academic cooperation with the Francisco Marroquín University in 1971 and since 1972 they developed humanities and educational programmes.

Drawing on the experience and academic development that had been made, this led to the foundation of the Unversidad Mesoamericana in 1996. It was approved by the Central American University Council of Private Higher Education in Guatemala on 1st October 1999. In the year 2000 they developed the faculties of the Humanities and Social Sciences and a year later, in partnership with the Association of Managers of Guatemala established the Escuela Superior de Alta Gerencia (ESAG), to provide expertise. In 2002 another branch was established in Quetzaltenango as part of the Central American University which is the High School Senior Management Headquarters. Courses began in Computer Engineering and Business Finance in 2008.

In 2006 there was a restructuring of faculties and they are now as follows: