Encyclopedia
This article is about the United States Ambassador to France. There has been a United States Ambassador to France since the American Revolution
American Revolution
The American Revolution was the political upheaval during the last half of the 18th century in which thirteen colonies in North America joined together to break free from the British Empire, combining to become the United States of America...
. The United States
United States
The United States of America is a federal constitutional republic comprising fifty states and a federal district...
sent its first envoy
Diplomat
A diplomat is a person appointed by a state to conduct diplomacy with another state or international organization. The main functions of diplomats revolve around the representation and protection of the interests and nationals of the sending state, as well as the promotion of information and...
s to France
France
The French Republic , The French Republic , The French Republic , (commonly known as France , is a unitary semi-presidential republic in Western Europe with several overseas territories and islands located on other continents and in the Indian, Pacific, and Atlantic oceans. Metropolitan France...
in 1776, towards the end of the four-centuries-old Bourbon dynasty. The American diplomatic relationship with France has continued throughout that country's five republican regime
Regime
The word regime refers to a set of conditions, most often of a political nature.-Politics:...
s, two periods of French empire, the Bourbon Restoration
Bourbon Restoration
The Bourbon Restoration is the name given to the period following the successive events of the French Revolution , the end of the First Republic , and then the forcible end of the First French Empire under Napoleon  – when a coalition of European powers restored by arms the monarchy to the...
, and its July Monarchy
July Monarchy
The July Monarchy , officially the Kingdom of France , was a period of liberal constitutional monarchy in France under King Louis-Philippe starting with the July Revolution of 1830 and ending with the Revolution of 1848...
. After the Battle of France
Battle of France
In the Second World War, the Battle of France was the German invasion of France and the Low Countries, beginning on 10 May 1940, which ended the Phoney War. The battle consisted of two main operations. In the first, Fall Gelb , German armoured units pushed through the Ardennes, to cut off and...
, the United States maintained diplomatic relations with Vichy France
Vichy France
Vichy France, Vichy Regime, or Vichy Government, are common terms used to describe the government of France that collaborated with the Axis powers from July 1940 to August 1944. This government succeeded the Third Republic and preceded the Provisional Government of the French Republic...
until France severed them on the date Operation Torch
Operation Torch
Operation Torch was the British-American invasion of French North Africa in World War II during the North African Campaign, started on 8 November 1942....
was launched in November, 1942; the Embassy was reopened December, 1944.

The following is a complete list of the credentialed American diplomats sent to France:

During the Bourbon dynasty:

During the Bourbon dynasty: 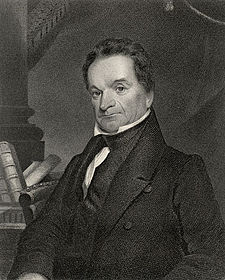 During the French Third Republic: 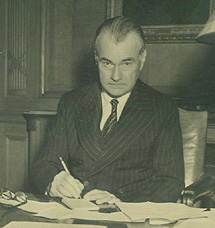 During the French Fifth Republic: