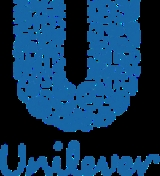 Unilever is a dual-listed company
Dual-listed company
A dual-listed company or DLC is a corporate structure in which two corporations function as a single operating business through a legal equalization agreement, but retain separate legal identities and stock exchange listings...
consisting of Unilever N.V. in Rotterdam
Rotterdam
Rotterdam is the second-largest city in the Netherlands and one of the largest ports in the world. Starting as a dam on the Rotte river, Rotterdam has grown into a major international commercial centre...
, Netherlands and Unilever PLC in London, United Kingdom. This arrangement is similar to those of Reed Elsevier
Reed Elsevier
Reed Elsevier is a publisher and information provider operating in the science, medical, legal, risk and business sectors. It is listed on several of the world's major stock exchanges. It is a FTSE 100 and FT500 Global company...
and Royal Dutch Shell
Royal Dutch Shell
Royal Dutch Shell plc , commonly known as Shell, is a global oil and gas company headquartered in The Hague, Netherlands and with its registered office in London, United Kingdom. It is the fifth-largest company in the world according to a composite measure by Forbes magazine and one of the six...
prior to their unified structures. Both Unilever companies have the same directors and effectively operate as a single business.