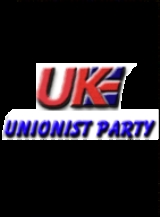 Ideologically, the UK Unionist Party was an integrationist party which, unlike most Northern Irish unionist parties, believed that Northern Ireland should be governed from London with no regional home rule
Home rule
Home rule is the power of a constituent part of a state to exercise such of the state's powers of governance within its own administrative area that have been devolved to it by the central government....
government and parliament. The UKUP was outspoken in its opposition to the Republic of Ireland
Republic of Ireland
Ireland , described as the Republic of Ireland , is a sovereign state in Europe occupying approximately five-sixths of the island of the same name. Its capital is Dublin. Ireland, which had a population of 4.58 million in 2011, is a constitutional republic governed as a parliamentary democracy,...
possessing any participative role in the governance of Northern Ireland.

The party secured a particular coup in 1996 when it was joined by Conor Cruise O'Brien
Conor Cruise O'Brien
Conor Cruise O'Brien often nicknamed "The Cruiser", was an Irish politician, writer, historian and academic. Although his opinion on the role of Britain in Northern Ireland changed over the course of the 1970s and 1980s, he always acknowledge values of, as he saw, the two irreconcilable traditions...
, a former government minister in the Republic of Ireland
Republic of Ireland
Ireland , described as the Republic of Ireland , is a sovereign state in Europe occupying approximately five-sixths of the island of the same name. Its capital is Dublin. Ireland, which had a population of 4.58 million in 2011, is a constitutional republic governed as a parliamentary democracy,...
. O'Brien's hostility to militant republicanism was well known, and the adherence of such a prominent supporter from the south helped reinforce the UKUP's claims to be a non-sectarian Unionist party.

McCartney and O'Brien, along with Cedric Wilson
Cedric Wilson
Cedric Wilson is a politician in Northern Ireland.Born in Belfast, Wilson became the director of a private nursing home. In 1981, he was elected to Castlereagh Borough Council for the Democratic Unionist Party, a post he held until 1989...
, won seats on the 1996 Forum. The UKUP (and the Democratic Unionist Party
Democratic Unionist Party
The Democratic Unionist Party is the larger of the two main unionist political parties in Northern Ireland. Founded by Ian Paisley and currently led by Peter Robinson, it is currently the largest party in the Northern Ireland Assembly and the fourth-largest party in the House of Commons of the...
(DUP)) refused to accept US Senator
United States Senate
The United States Senate is the upper house of the bicameral legislature of the United States, and together with the United States House of Representatives comprises the United States Congress. The composition and powers of the Senate are established in Article One of the U.S. Constitution. Each...
George Mitchell
George J. Mitchell
George John Mitchell, Jr., is the former U.S. Special Envoy for Middle East Peace under the Obama administration. A Democrat, Mitchell was a United States Senator who served as the Senate Majority Leader from 1989 to 1995...
as chairman of the multi-party talks and tried to obstruct him in the undertaking of his tasks. In July 1996, the UKUP withdrew from the multi-party talks in protest at the way in which the Drumcree standoff
Drumcree conflict
The Drumcree conflict or Drumcree standoff is an ongoing dispute over a yearly parade in the town of Portadown, Northern Ireland. The dispute is between the Orange Order and local residents. The residents are currently represented by the Garvaghy Road Residents Coalition ; before 1995 they were...
was handled. When Sinn Féin
Sinn Féin
Sinn Féin is a left wing, Irish republican political party in Ireland. The name is Irish for "ourselves" or "we ourselves", although it is frequently mistranslated as "ourselves alone". Originating in the Sinn Féin organisation founded in 1905 by Arthur Griffith, it took its current form in 1970...
entered the talks in September 1997, the UKUP and the DUP left them in protest.

At the 1997 General Election
United Kingdom general election, 1997
The United Kingdom general election, 1997 was held on 1 May 1997, more than five years after the previous election on 9 April 1992, to elect 659 members to the British House of Commons. The Labour Party ended its 18 years in opposition under the leadership of Tony Blair, and won the general...
, McCartney was re-elected as the Member of Parliament
Member of Parliament
A Member of Parliament is a representative of the voters to a :parliament. In many countries with bicameral parliaments, the term applies specifically to members of the lower house, as upper houses often have a different title, such as senate, and thus also have different titles for its members,...
for North Down
North Down (UK Parliament constituency)
North Down is a Parliamentary Constituency in the United Kingdom House of Commons. The current MP is Sylvia Hermon, elected as an Independent in the 2010 General Election. -Boundaries:The county constituency was first created in 1885 from the northern part of Down...
. The party opposed the April 1998 Belfast Agreement
Belfast Agreement
The Good Friday Agreement or Belfast Agreement , sometimes called the Stormont Agreement, was a major political development in the Northern Ireland peace process...
and campaigned against the establishment of a Northern Ireland Assembly
Northern Ireland Assembly
The Northern Ireland Assembly is the devolved legislature of Northern Ireland. It has power to legislate in a wide range of areas that are not explicitly reserved to the Parliament of the United Kingdom, and to appoint the Northern Ireland Executive...
, in which they were unsuccessful. It did contest the election
Northern Ireland Assembly election, 1998
-Seats summary:-Details:Although the SDLP won the most first preference votes, the Ulster Unionists won the most seats in the Assembly. This has been attributed to several reasons, including:...
for the Assembly, however, and won five seats.

In 2005, the UKUP did not contest any Westminster seats in the General election, however its two councillors in North Down stood for re-election, but both lost their seats.