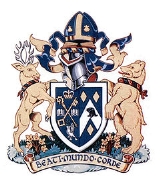 Encyclopedia
Trinity College School (TCS) is a coeducational, independent boarding/day school located in Port Hope
Port Hope, Ontario
Port Hope is a municipality in Southern Ontario, Canada, about east of Toronto and about west of Kingston. It is located at the mouth of the Ganaraska River on the north shore of Lake Ontario, in the west end of Northumberland County...
, Ontario
Ontario
Ontario is a province of Canada, located in east-central Canada. It is Canada's most populous province and second largest in total area. It is home to the nation's most populous city, Toronto, and the nation's capital, Ottawa....
, Canada
Canada
Canada is a North American country consisting of ten provinces and three territories. Located in the northern part of the continent, it extends from the Atlantic Ocean in the east to the Pacific Ocean in the west, and northward into the Arctic Ocean...
. TCS was founded on May 1, 1865, more than 2 years prior to Canadian Confederation
Canadian Confederation
Canadian Confederation was the process by which the federal Dominion of Canada was formed on July 1, 1867. On that day, three British colonies were formed into four Canadian provinces...
. It includes a Senior School for grades 9 to 12 and a Junior School for grades 5 to 8.

Among its notable alumni (Old Boys) are The Honourable Mr. Justice Ian Binnie
Ian Binnie
William Ian Corneil Binnie was a puisne justice of the Supreme Court of Canada, serving from 1998 to 2011. Of the justices appointed to the Supreme Court in recent years, he is one of the few to have never sat as a judge prior to his appointment.- Personal life and career as lawyer :Binnie was...
, William Bridges (general), Reginald Fessenden
Reginald Fessenden
Reginald Aubrey Fessenden , a naturalized American citizen born in Canada, was an inventor who performed pioneering experiments in radio, including early—and possibly the first—radio transmissions of voice and music...
, Peter Jennings
Peter Jennings
Peter Charles Archibald Ewart Jennings, CM was a Canadian American journalist and news anchor. He was the sole anchor of ABC's World News Tonight from 1983 until his death in 2005 of complications from lung cancer...
, Archibald Lampman
Archibald Lampman
Archibald Lampman, was a Canadian poet. "He has been described as 'the Canadian Keats;' and he is perhaps the most outstanding exponent of the Canadian school of nature poets." The Canadian Encyclopedia says that he is "generally considered the finest of Canada's late 19th-century poets in...
, Yann Martel
Yann Martel
Yann Martel is a Canadian author best known for the Man Booker Prize-winning novel Life of Pi.-Early life:Martel was born in Salamanca, Spain where his father was posted as a diplomat for the Canadian government. He was raised in Costa Rica, France, Mexico, and Canada...
, Mark McKinney
Mark McKinney
Mark Douglas Brown McKinney is a Canadian comedian and actor, best known for his work in the sketch comedy troupe The Kids in the Hall. Following the run of their television series and feature film , he went on to star in Saturday Night Live from 1995 to 1997...
, Lew Cirne
Lew Cirne
Lewis Karl "Lew" Cirne is a Canadian-American Silicon Valley-based technologist and serial entrepreneur who is known as the creator and driving force in application performance management technology...
, Peter Raymont
Peter Raymont
Peter Raymont is an award-winning Canadian filmmaker and producer and the president of White Pine Pictures, an independent film, television and new media production company based in Toronto...
, Ian Brown (journalist)
Ian Brown (journalist)
Ian Brown is a Canadian journalist and author, winner of several national magazine and newspaper awards.He is currently the host of Human Edge and The View from Here on TVOntario, and has hosted programming for CBC Radio One, including Later the Same Day, Talking Books, and Sunday Morning...
, David Macfarlane
David Macfarlane
David Macfarlane is a Canadian journalist, playwright and novelist.He published a family memoir, The Danger Tree, in 1991...
, Sir William Osler, Sir Casimir Cartwright van Straubenzee
Casimir Cartwright van Straubenzee
Major-General Sir Casimir Cartwright van Straubenzee KBE CB CMG , was a British soldier of the Royal Engineers.-Education and career:...
and Charles Taylor (philosopher)
Charles Taylor (philosopher)
Charles Margrave Taylor, is a Canadian philosopher from Montreal, Quebec best known for his contributions in political philosophy, the philosophy of social science, and in the history of philosophy. His contributions to these fields have earned him both the prestigious Kyoto Prize and the...
. Conrad Black
Conrad Black
Conrad Moffat Black, Baron Black of Crossharbour, OC, KCSG, PC is a Canadian-born member of the British House of Lords, and a historian, columnist and publisher, who was for a time the third largest newspaper magnate in the world. Lord Black controlled Hollinger International, Inc...
lasted less than a year when he attended Trinity College School before being expelled for insubordinate behaviour.

The Senior School runs on a house system, all ten named after former headmasters and other notable members of the school community. Although TCS is co-educational, both boarding and day houses are single sex.

Trinity College School was first founded in the town of Weston, Ontario. William A. Johnson (founder) officially opened the school in his home on May 1, 1865. The school was located in the rectory above the Old Mill on east banks of the Humber River. At the time there were only 9 students and faculty. More and more people became interested in the school setup by Johnson, so its expansion was inevitable. At first, the school was moved to a building at the north-west corner of Rosemount Avenue and King Street in Weston, Ontario. Since a bigger structure was needed, sites at Guelph, Whitby, Niagara, and Norold were all considered.

However, prominent citizens in Port Hope, Ontario were very much interested in hosting the school in their town. They offered to pay the rent for the School's premises for 3 years, a deal which was accepted. In September 1868 Trinity College School opened in Port Hope. The following 30 years were good ones for the School. During that time, under the direction of Headmaster Charles Bethune, Trinity College School grew from the motley collection of wooden sheds and buildings which existed initially at the site of Port Hope into a prosperous, thriving academic community.

Unfortunately, on a wintry night in 1895 an explosion of a coal oil lamp in one of the master's rooms started a fire which destroyed almost the entire School. Fortunately, no one was hurt and the School was rebuilt in only eight months.

A second fire occurred in 1928. Again, virtually all of the School was destroyed. Rebuilding the School was not an easy task this time. Although TCS had received promises of funds to help with the rebuilding from the Old Boy community, on the heels of the fire came the Great Depression and many Old Boys had to renege on their promises.

Newly appointed Headmaster Philip Ketchum found himself in charge of a school on the brink of bankruptcy and he had spent the first few years of his tenure "cap in hand" trying to raise the funds to pay off a very onerous mortgage. Through the generosity of a handful of Old Boys, the debt was finally retired.

Since that time, Trinity College School has yet to experience any similar hardships. The last 50 years of the School history read like a chronicle of successes and expansion. The School's physical plant has tripled in size, the student body has doubled and, under the leadership of Headmaster Rodger Wright, the first female student was admitted to TCS in the fall of 1991 to great success.

TCS continues to be on the leading edge of education in Canada, particularly in the use and promotion of computers in the curriculum. During the summer of 1997, the entire campus was cabled in order to make the School's computer network, and the Internet, universally accessible.

The academic school year at TCS is divided into three distinct terms (Fall, Winter and Spring), and different extracurricular programmes are offered for each. Extracurricular activities at the school include athletics, arts and music, and community service. A recreational sports programme is also available, allowing students the opportunity to participate in a non-competitive sports environment.

Academics are the major focus at TCS and are vigorous and challenging, to ensure only the smartest and strongest students survive.Many will struggle but only the best will continue. The school offers a wide range of courses geared towards all realms of post-secondary education. Advanced Placement courses allow Grade 11 and 12 students to study first year university course material, and perhaps earn a university credit after taking a standardized examination in May.

The TCS athletics teams have been known since the 1980s as the Bears.

The school motto is Beati Mundo Corde, Latin
Latin
Latin is an Italic language originally spoken in Latium and Ancient Rome. It, along with most European languages, is a descendant of the ancient Proto-Indo-European language. Although it is considered a dead language, a number of scholars and members of the Christian clergy speak it fluently, and...
for "Blessed are the Pure in Heart."
The school sports colours are black and maroon but the school's uniform and coat of arms incorporate the school's corporate colour of blue.
Every year starts off with the annual "New Students Fun and Games" in which the old students mix and mingle with the new students in a variety of activities across campus culminating in the favourite "Mud Pit" in which the Headmaster, faculty, and students take part in by diving into a mud pit to declare their entrance into the new school year.

The Bears have most recently proven to be strong competitors in Men's Rugby and Women's Soccer and Softball. These teams won CISAA in the '08 school year.

The bigside boys rugby team also had great success in the '10 school year coming first in CISAA and third in OFSAA.
The source of this article is wikipedia, the free encyclopedia.  The text of this article is licensed under the GFDL.