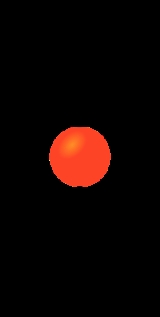 Overview
In fluid dynamics
Fluid dynamics
In physics, fluid dynamics is a sub-discipline of fluid mechanics that deals with fluid flow—the natural science of fluids in motion. It has several subdisciplines itself, including aerodynamics and hydrodynamics...
an object is moving at its terminal velocity if its speed is constant due to the restraining force exerted by the fluid through which it is moving.

A free-falling object achieves its terminal velocity when the downward force of gravity (FG) equals the upward force of drag
Drag (physics)
In fluid dynamics, drag refers to forces which act on a solid object in the direction of the relative fluid flow velocity...
(Fd). This causes the net force
Net force
In physics, net force is the total force acting on an object. It is calculated by vector addition of all forces that are actually acting on that object. Net force has the same effect on the translational motion of the object as all actual forces taken together...
on the object to be zero, resulting in an acceleration of zero.

As the object accelerates (usually downwards due to gravity), the drag force acting on the object increases, causing the acceleration to decrease.

Can we measure the terminal velocity of a body with an irregular geometry?if so how?
More

I wish to determine the Terminal Velocity of a super massive Cube,

What will a weighing scale affixed to the feet of a skydiver read if he or she falls feet first, perpendicularly and attains terminal velocity?
More
x