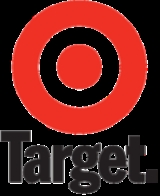 In 1925, George Lindsay and Alex McKenzie opened their first store in Geelong
Geelong, Victoria
Geelong is a port city located on Corio Bay and the Barwon River, in the state of Victoria, Australia, south-west of the state capital; Melbourne. It is the second most populated city in Victoria and the fifth most populated non-capital city in Australia...
selling dress fabrics, manchester and furnishings, and progressively established stores in Victoria
Victoria (Australia)
Victoria is the second most populous state in Australia. Geographically the smallest mainland state, Victoria is bordered by New South Wales, South Australia, and Tasmania on Boundary Islet to the north, west and south respectively....
, maintaining the policy "Half the Profit, Twice the Turnover". In 1968 Myer Emporium Ltd
Myer
Myer is Australia's largest department store chain, retailing a broad range of merchandise including women's, men's and children's clothing, footwear and accessories; cosmetics and fragrance; homewares; electrical; furniture and bedding; toys; books and stationery; food and confectionery; and...
purchased the chain of 14 stores with the idea of re-inventing the chain as a "discount department store", with the company subsequently renamed Lindsay's Target Pty Ltd. In March 1973, it was renamed Target Australia Pty Ltd. By 1982, Myer was operating 27 supermarkets under the Target brand, but sold these, principally to Coles. In August 1985, Myer Emporium Ltd and GJ Coles & Coy Ltd merged to become Coles Myer Limited. In 1996, Coles Myer merged the Target and Fosseys brands, and their first specialty store Baby Target was born. Then in 1998, their second speciality store, Target Home opened. Fosseys stores were later renamed Target Country, becoming the third speciality store.

In 2001 Target announced its first ever loss, to the sum of $43m. New senior management was put in place, following which Target repositioned itself from a discount department store (competing with Coles Myer stablemate Kmart
Kmart Australia
Kmart Australia Limited is a discount department store chain owned by Wesfarmers. It operates 172 stores in Australia and 15 in New Zealand, with its head office located in Mulgrave, Victoria. Wesfarmers uses the Kmart name under licence from Sears Holdings Corporation.-History:Kmart Australia...
and Woolworths Limited
Woolworths Limited
Woolworths Limited is a major Australian company with extensive retail interest throughout Australia and New Zealand. It is the:* largest retail company in Australia and New Zealand by market capitalisation and sales...
's Big W
Big W
Big W is one of the largest chain of discount department stores in Australia, with over 150 stores. It is a division of Woolworths Limited, the second largest retailer in Australia. Its main competitors are Kmart and Target, both owned by Wesfarmers....
), to a more stylish, value-for-money alternative to speciality stores. Store fittings and layouts were altered, with Target competing with retailers such as Jeans West, Sportsgirl, and other speciality stores targeted at the teenage, to early thirties market. In 2006 Target appointed Launa Inman as managing director, named Telstra
Telstra
Telstra Corporation Limited is an Australian telecommunications and media company, building and operating telecommunications networks and marketing voice, mobile, internet access and pay television products and services....
Business Women of the Year in 2003, a result of her achievements as an apparel retail buyer for the company. Her position saw Target's $32 million loss at the end of 2000 into a $68 million profit 18 months later.

In 1996, Target introduced Baby Target as a standalone store format specifically for baby products. The concept had limited success and only one Baby Target store still operates, at Golden Grove, South Australia
Golden Grove, South Australia
Golden Grove is an outer north-eastern suburb of Adelaide, South Australia and is within the City of Tea Tree Gully local government area. It is adjacent to Wynn Vale, Surrey Downs, Greenwith, Yatala Vale, Fairview Park, and Salisbury East.- History :...
. Another format trialled by Target is the homewares-themed store Target Home, which were stores conjoined to Target stores, but run completely separate to one another. Target Home had limited success in the eastern states, and as a result the concept was not continued. Target Home stores have since been phased out to become larger Target stores, and still stock a larger range of homewares in a number of locations in Australia including Joondalup and Carousel in WA, Edwardstown in SA, Highpoint and Greensborough in VIC, and Warringah Mall in NSW.

Fosseys was established in 1926 at George Street, Sydney
George Street, Sydney
George Street is one of Sydney's most notable city streets. There are more high rise buildings and more ASX 100 companies located here than anywhere else in Australia, and is well known for being busy around-the-clock...
by Alfred Bristow Fossey and grew to 148 stores throughout Australia, with an annual turnover of $300 million. Coles Myer used the Fosseys brand to unify a range of smaller variety stores trading under a range of other names, including Coles Variety stores, which had been the foundation of GJ Coles & Coy Ltd
Coles Group
Coles Group Limited was an Australian public company that operated numerous retail chains. It was Australia's second-largest retailer, behind Woolworths Limited...
.

Coles Myer merged the operations of Fosseys with Target in 1996, redesigning Fosseys stores to focus on family apparel retailing in rural Australia. It also introduced Fosseys-branded merchandise with attributes of value, convenience and confidence. By 2001, all Fosseys stores located close to Target stores were closed; the remaining Fosseys stores, rebranded Target Country, continue to focus on apparel sales in smaller towns without full-merchandise Target stores.

As of 1 July 2007, employees of Fosseys (Australia) Pty Ltd were transferred to Target Australia Pty Ltd, and Fosseys as a legal entity was dissolved. As at June 2008, there were 118 Target Country stores throughout Australia.

Target's marketing strategy employs the tag line "100% Happy". This is featured in-store and in advertising. Previously, the company used "We're Not Happy, Unless You Are", after "Target - for Fashion, Quality and Value".

In Target's advertisements, particularly those on television
Television
Television is a telecommunication medium for transmitting and receiving moving images that can be monochrome or colored, with accompanying sound...
, the Target logo has for many years been used for transforming into numerous types of merchandises and other objects.

Target's TV advertisements, particularly with the Target logo has for many years been used for transforming into merchandises and other objects. In 2010 Target Australia Pty Ltd became the first Australian company to launch a 3D advertisement in Australian cinema. The advertisement was for the 2010 Toy Sale and received much media interest.

Target has two major sales throughout each calendar year.


Seasonal launches for homewares, ladies fashion and children's fashion are also undertaken throughout the year.

In March 2007, the exclusive Australian launch of the Stella McCartney
Stella McCartney
Stella Nina McCartney is an English fashion designer. She is the daughter of former Beatles member Sir Paul McCartney and the late photographer and animal rights activist, Linda McCartney.-Early life:...
designer collection, was heralded as one of the biggest retail coups of the year. Target engaged Stella McCartney to design a 42-piece winter collection and Australian media noted frenzied activity in Target stores on the morning of the launch. A number of metropolitan stores had sold out of the range as soon as 10 minutes after opening. Items from the collection were appearing on sale on eBay
EBay
eBay Inc. is an American internet consumer-to-consumer corporation that manages eBay.com, an online auction and shopping website in which people and businesses buy and sell a broad variety of goods and services worldwide...
at inflated prices within only a short times of stores opening. Another Stella McCartney collection was released in October 2010, to lesser fanfare.

In May 2007 Target announced its next designer range from Josh Goot to a mixed reaction, and would subsequently produce a collaboration with American designer Zac Posen in April 2008. Also in April 2008, Australian fashion designer Collette Dinnigan released a range of lingerie known as the 'Wild Hearts' collection.

The name of the store is sometimes jocularly icon, as if it were a high-end French boutique
Boutique
A boutique is a small shopping outlet, especially one that specializes in elite and fashionable items such as clothing and jewelry. The word is French for "shop", via Latin from Greek ἀποθήκη , "storehouse"....
.