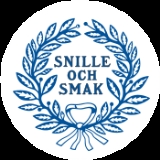 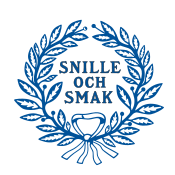 The Swedish Academy founded in 1786 by King Gustav III
Gustav III of Sweden
Gustav III was King of Sweden from 1771 until his death. He was the eldest son of King Adolph Frederick and Queen Louise Ulrica of Sweden, she a sister of Frederick the Great of Prussia....
, is one of the Royal Academies
Swedish Royal Academies
The Royal Academies are independent organisations, founded on Royal command, that act to promote the arts, culture, and science in Sweden. The Swedish Academy and Academy of Sciences are also responsible for the selection of Nobel Prize laureates in Literature, Physics, Chemistry, and the Prize in...
of Sweden
Sweden
Sweden , officially the Kingdom of Sweden , is a Nordic country on the Scandinavian Peninsula in Northern Europe. Sweden borders with Norway and Finland and is connected to Denmark by a bridge-tunnel across the Öresund....
.

The Swedish Academy was founded in 1786 by King Gustav III
Gustav III of Sweden
Gustav III was King of Sweden from 1771 until his death. He was the eldest son of King Adolph Frederick and Queen Louise Ulrica of Sweden, she a sister of Frederick the Great of Prussia....
. Modelled after the Académie française
Académie française
L'Académie française , also called the French Academy, is the pre-eminent French learned body on matters pertaining to the French language. The Académie was officially established in 1635 by Cardinal Richelieu, the chief minister to King Louis XIII. Suppressed in 1793 during the French Revolution,...
, it has 18 members. The motto of the Academy is "Talent and Taste" ("Snille och Smak" in Swedish). The primary purpose of the Academy is to further the "purity, strength, and sublimity of the Swedish language
Swedish language
Swedish is a North Germanic language, spoken by approximately 10 million people, predominantly in Sweden and parts of Finland, especially along its coast and on the Åland islands. It is largely mutually intelligible with Norwegian and Danish...
" ("Svenska Språkets renhet, styrka och höghet") (Walshe, 1965). To that end the Academy publishes two dictionaries
Dictionary
A dictionary is a collection of words in one or more specific languages, often listed alphabetically, with usage information, definitions, etymologies, phonetics, pronunciations, and other information; or a book of words in one language with their equivalents in another, also known as a lexicon...
.

Since 1901, the Academy has annually decided who will be the laureate for the Nobel Prize in Literature
Nobel Prize in Literature
Since 1901, the Nobel Prize in Literature has been awarded annually to an author from any country who has, in the words from the will of Alfred Nobel, produced "in the field of literature the most outstanding work in an ideal direction"...
, awarded in memory of the donor Alfred Nobel
Alfred Nobel
Alfred Bernhard Nobel was a Swedish chemist, engineer, innovator, and armaments manufacturer. He is the inventor of dynamite. Nobel also owned Bofors, which he had redirected from its previous role as primarily an iron and steel producer to a major manufacturer of cannon and other armaments...
. The Academy also awards the Dobloug Prize
Dobloug Prize
The Dobloug Prize is a literature prize awarded for Swedish and Norwegian fiction. The prize is named after Norwegian businessman and philanthropist Birger Dobloug pursuant to his bequest. The prize sum is . The Dobloug Prize is awarded annually by the Swedish Academy.-Prize winners:...
, a literature prize awarded for Swedish and Norwegian fiction.

The building now known as the Stockholm Stock Exchange Building
Stockholm Stock Exchange Building
The Stock Exchange Building is a building originally erected for, and is still owned by, the Swedish Academy, located on the north side of the square Stortorget in Gamla stan, the old town in central Stockholm, Sweden....
was built for the bourgeoisie. The bottom floor was used as a trading exchange (this later became the stock exchange) and the upper floor was used for balls, New Year's Eve parties, etc. When the academy was founded, the ballroom was the biggest room in Stockholm that could be heated and thus used in the winter, so the king asked if he could borrow it.

The academy has had its annual meeting there every year since, but it was not until 1914 the academy gained the right to use the upper floor as their own for all eternity. It is here that the Academy meets and, amongst other business, announces the names of Nobel Prize
Nobel Prize
The Nobel Prizes are annual international awards bestowed by Scandinavian committees in recognition of cultural and scientific advances. The will of the Swedish chemist Alfred Nobel, the inventor of dynamite, established the prizes in 1895...
laureates. The latter makes it arguably one of the most influential literary bodies in the world.

Dag Hammarskjöld's former farm at Backåkra, close to Ystad in southern Sweden, was bought in 1957 as a summer residence by Hammarskjöld, then Secretary-General of the United Nations (1953-1961). The south wing of the farm is reserved as a summer retreat for the 18 members of the Swedish Academy, of which Hammarskjöld was a member.

See also: List of all members, past and present, of the Swedish Academy