Encyclopedia
The Struve family were a dynasty of five generations of astronomer
Astronomer
An astronomer is a scientist who studies celestial bodies such as planets, stars and galaxies.Historically, astronomy was more concerned with the classification and description of phenomena in the sky, while astrophysics attempted to explain these phenomena and the differences between them using...
s from the 18th to 20th centuries. Members of the family were also prominent in chemistry
Chemistry
Chemistry is the science of matter, especially its chemical reactions, but also its composition, structure and properties. Chemistry is concerned with atoms and their interactions with other atoms, and particularly with the properties of chemical bonds....
, government
Government
Government refers to the legislators, administrators, and arbitrators in the administrative bureaucracy who control a state at a given time, and to the system of government by which they are organized...
and diplomacy
Diplomacy
Diplomacy is the art and practice of conducting negotiations between representatives of groups or states...
.

The first branch of the family that produced five generations of astronomers originated in Altona
Altona, Hamburg
Altona is the westernmost urban borough of the German city state of Hamburg, on the right bank of the Elbe river. From 1640 to 1864 Altona was under the administration of the Danish monarchy. Altona was an independent city until 1937...
, then part of both Denmark and Germany The first scientist member of the family was mathematician Jacob Struve
Jacob Struve
Jacob Struve was a German mathematician and father of the astronomer Friedrich Georg Wilhelm von Struve....
(1755–1841); his forebears included Johann Struve (1700–1778) and Abel Struve (1719–1762). In 1783, Jacob Struve married Maria Emerentia Wiese (1764–1847). Their children were: 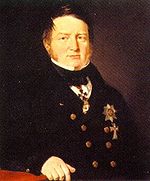 In the beginning of 19th century, Jacob Struve sent his sons to Dorpat (now Tartu
Tartu
Tartu is the second largest city of Estonia. In contrast to Estonia's political and financial capital Tallinn, Tartu is often considered the intellectual and cultural hub, especially since it is home to Estonia's oldest and most renowned university. Situated 186 km southeast of Tallinn, the...
, Estonia
Estonia
Estonia , officially the Republic of Estonia , is a state in the Baltic region of Northern Europe. It is bordered to the north by the Gulf of Finland, to the west by the Baltic Sea, to the south by Latvia , and to the east by Lake Peipsi and the Russian Federation . Across the Baltic Sea lies...
) in the Russian Empire
Russian Empire
The Russian Empire was a state that existed from 1721 until the Russian Revolution of 1917. It was the successor to the Tsardom of Russia and the predecessor of the Soviet Union...
to avoid conscription in the Napoleonic armies. His fourth son, Friedrich Georg Wilhelm, taught at the University of Dorpat
University of Tartu
The University of Tartu is a classical university in the city of Tartu, Estonia. University of Tartu is the national university of Estonia; it is the biggest and highest-ranked university in Estonia...
from 1813 and full professor and director of Dorpat Observatory from 1820. Ennobled by Tsar Nicholas I, at whose request he supervised construction of Pulkovo Observatory, he served as director of the new observatory from 1839 to 1862.
Friedrich Georg Wilhelm married Emilie Wall (1796–1834) in 1815. They had 12 children, including the following:

Following the death of his first wife, he married Johanna Henrietta Francisca Barthels (1807–1867). They had six children, including Karl von Struve
Karl de Struve
Karl von Struve was a Russian nobleman and politician. He served, in turn, as Russian Envoy Extraordinary and Minister Plenipotentiary to Japan, the United States, and The Netherlands....
(1835–1907), diplomat.

Jacob Struve's cousin, Anton Sebastian von Struve, was President of the German Eternal Imperial Diet at Regensburg
Regensburg
Regensburg is a city in Bavaria, Germany, located at the confluence of the Danube and Regen rivers, at the northernmost bend in the Danube. To the east lies the Bavarian Forest. Regensburg is the capital of the Bavarian administrative region Upper Palatinate...
and later a Russian Imperial Provy Councillor. He and his wife, née Johanne Dorothea Werner, were the parents of: 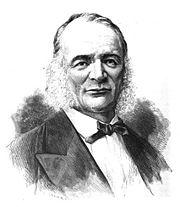 Gustav Ludiwig Struve (1858–1920) and his wife, Elizaveta, had a son Otto Struve
Otto Struve
Otto Struve was a Russian astronomer. In Russian, his name is sometimes given as Otto Lyudvigovich Struve ; however, he spent most of his life and his entire scientific career in the United States...
(1897–1963), who became a prominent astronomer in the United States following fighting in World War I and for White Russians
White movement
The White movement and its military arm the White Army - known as the White Guard or the Whites - was a loose confederation of Anti-Communist forces.The movement comprised one of the politico-military Russian forces who fought...
in the Russian Revolution. His other son, Warner was a officer for the White Russians but died from tuberculosis. His daughter, the youngest, drowned in the same period. Gustav had to leave Russia and went with his surviving son Otto Struve into exile in Turkey, where he died in 1920 at age 62. 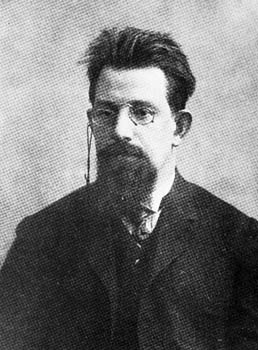 Berngard Vasilyevich Struve (1827–1889) was a government official in Siberia before serving in turn as governor of Perm and Astrakhan. He was the father of:

Vasily Berngardovich Struve married Borisa Alexandrovna Turaeva (1868–1920). They were the parents of:

Peter Berngardovich Struve emigrated to France following the Russian Revolution. He was the father of:

Karl von Struve
Karl de Struve
Karl von Struve was a Russian nobleman and politician. He served, in turn, as Russian Envoy Extraordinary and Minister Plenipotentiary to Japan, the United States, and The Netherlands....
(1835–1907) was Russian minister to Japan, the United States (1882–1892) and the Netherlands (1892–1904). In line with German practice, he was entitled to use the title of Baron von Struve while abroad, though this was denied him while resident in Germany or Russia. The American press generally rendered his title as Baron de Struve.

Owing to ill health, his wife Maria returned to Russia in 1885, dying at Kielmarky, near St. Petersburg in 1889. 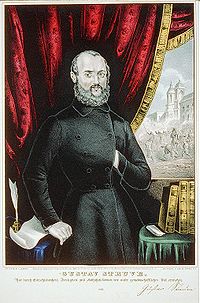 Another line was represented by Henry G. Struve
Henry G. Struve
Henry G. Struve was a prominent lawyer, legislator, historian and banker in Seattle, Washington, during the 19th and early 20th centuries...
(1836–1905), a native of the Grand Duchy of Oldenburg
Oldenburg
Oldenburg is an independent city in Lower Saxony, Germany. It is situated in the western part of the state between the cities of Bremen and Groningen, Netherlands, at the Hunte river. It has a population of 160,279 which makes it the fourth biggest city in Lower Saxony after Hanover, Braunschweig...
who emigrated to the United States in 1852. An attorney, he was elected mayor of Seattle, Washington
Seattle, Washington
Seattle is the county seat of King County, Washington. With 608,660 residents as of the 2010 Census, Seattle is the largest city in the Northwestern United States. The Seattle metropolitan area of about 3.4 million inhabitants is the 15th largest metropolitan area in the country...
, in 1882 and 1883. Struve and his wife, the former Lascelle Knighton, were the parents of:

His younger son, Frederick Karl Struve, was elected president of the Seattle National Bank in 1914.

Jacob Struve once expressed his attitude to life in his letter to Friedrich, which characterizes the family spirit
During the astronomical observations, members of the Struve family wore the beobachtungskäppchen or "cap for observation", which was made for the husband by his bride. The cap was hand made from red velvet and had golden threads embedded around it. The number of threads corresponded to the generation, so Friedrich Georg Wilhelm had one and Georg Hermann four.