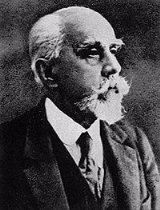 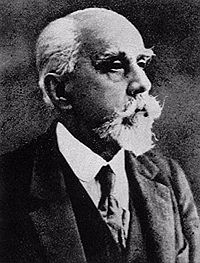 Stefan Drzewiecki was a Polish
Poles
thumb|right|180px|The state flag of [[Poland]] as used by Polish government and diplomatic authoritiesThe Polish people, or Poles , are a nation indigenous to Poland. They are united by the Polish language, which belongs to the historical Lechitic subgroup of West Slavic languages of Central Europe...
scientist, journalist, engineer, constructor and inventor, working in Russia
Russia
Russia or , officially known as both Russia and the Russian Federation , is a country in northern Eurasia. It is a federal semi-presidential republic, comprising 83 federal subjects...
and France
France
The French Republic , The French Republic , The French Republic , (commonly known as France , is a unitary semi-presidential republic in Western Europe with several overseas territories and islands located on other continents and in the Indian, Pacific, and Atlantic oceans. Metropolitan France...
.

Drzewiecki left Poland early in life to complete his education in France. With a knack for creativity and invention, he invented such useful tools as the kilometric counter for cabs. At the specific request of Grand Duke Konstantin
Grand Duke Konstantin Konstantinovich of Russia
Grand Duke Constantine Constantinovich of Russia was a grandson of Emperor Nicholas I of Russia, and a poet and playwright of some renown...
, Drzewiecki moved to St. Petersburg in 1873. While in Russia, he constructed an instrument that drew the precise routes of ships onto a map.

Drzewiecki distinguished himself mainly in aviation and ship building. Beginning in 1877, during the Russo-Turkish War
Russo-Turkish War, 1877–1878
The Russo-Turkish War of 1877–1878 was a conflict between the Ottoman Empire and the Eastern Orthodox coalition led by the Russian Empire and composed of numerous Balkan...
, he developed several models of propeller-driven submarines that evolved from single-person vessels to a four-man model. He developed the theory of gliding flight, developed a method for the manufacture of ship and plane propellers (1892), and presented a general theory for screw-propeller thrust (1920). He also developed several models of early submarine
Submarine
A submarine is a watercraft capable of independent operation below the surface of the water. It differs from a submersible, which has more limited underwater capability...
s for the Russian Navy.

His work "Theorie generale de l'helice" (1920), was honored by the French Academy of Science as a fundamental work in the development of modern propellers.