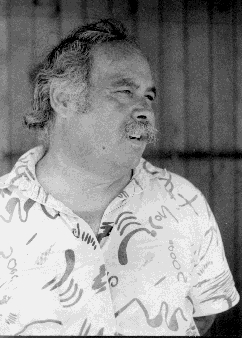 Stass Paraskos is an artist
Artist
An artist is a person engaged in one or more of any of a broad spectrum of activities related to creating art, practicing the arts and/or demonstrating an art. The common usage in both everyday speech and academic discourse is a practitioner in the visual arts only...
from Cyprus
Cyprus
Cyprus , officially the Republic of Cyprus , is a Eurasian island country, member of the European Union, in the Eastern Mediterranean, east of Greece, south of Turkey, west of Syria and north of Egypt. It is the third largest island in the Mediterranean Sea.The earliest known human activity on the...
, although much of his life was spent teaching and working in England
England
England is a country that is part of the United Kingdom. It shares land borders with Scotland to the north and Wales to the west; the Irish Sea is to the north west, the Celtic Sea to the south west, with the North Sea to the east and the English Channel to the south separating it from continental...
.

Paraskos was born in Anaphotia, on the Mediterranean island of Cyprus in 1933, the son of a shepherd farmer. He went to England in 1953 and became a cook
Cook (profession)
A cook is a person who prepares food for consumption. In Germany, Austria, Switzerland and Canada this profession requires government approval ....
in his brother's restaurant in the city of Leeds
Leeds
Leeds is a city and metropolitan borough in West Yorkshire, England. In 2001 Leeds' main urban subdivision had a population of 443,247, while the entire city has a population of 798,800 , making it the 30th-most populous city in the European Union.Leeds is the cultural, financial and commercial...
. This was a popular haunt of the local art students who encouraged Paraskos to enrol for classes at Leeds College of Art (later Leeds Metropolitan University
Leeds Metropolitan University
Leeds Metropolitan University is a British University with three campuses. Two are situated in Leeds, West Yorkshire, England while the third is situated in Bhopal, India...
). Despite not having the usual entry qualifications, Paraskos was spotted by the college's inspirational Head of Fine Art, Harry Thubron
Harry Thubron
Harry Thubron was an English artist and art teacher.During the 1950s and 60s Thubron was a familiar name in education for his pioneering experiments in post-school art education. He taught at Sunderland College of Art from 1950 to 1955, and then became Head of Fine Art at Leeds College of Art...
, who made certain Paraskos was accepted.

In 1966 Paraskos was involved in a notorious court case in which it was alleged he displayed paintings that were 'lewd and obscene', in contravention of the Vagrancy Act 1838
Vagrancy Act 1838
.The Vagrancy Act 1838 was an Act of Parliament in the United Kingdom, signed into law on July 29, 1838. It amended the Vagrancy Act 1824, providing that any person discharged from custody pending an appeal against a conviction under that Act who did not then reappear to prosecute the appeal could...
. The court case was one of a number of important legal challenges to the freedom of the arts in the 1960s and 70s, starting with the Lady Chatterley trial in 1960, and ending with the Oz
Oz (magazine)
Oz was first published as a satirical humour magazine between 1963 and 1969 in Sydney, Australia and, in its second and better known incarnation, became a "psychedelic hippy" magazine from 1967 to 1973 in London...
magazine trial in 1971. Despite luminaries of the art world speaking in Paraskos's defence, including Sir Herbert Read
Herbert Read
Sir Herbert Edward Read, DSO, MC was an English anarchist, poet, and critic of literature and art. He was one of the earliest English writers to take notice of existentialism, and was strongly influenced by proto-existentialist thinker Max Stirner....
and Norbert Lynton
Norbert Lynton
Norbert Lynton was Professor of the History of Art at the University of Sussex.He has published on architecture and on modern artists including Paul Klee, Ben Nicholson, William Scott. With Erika Langmuir, he coauthored the 'Yale Dictionary of Modern Art'...
, and messages of support from Britain's Home Secretary Roy Jenkins
Roy Jenkins
Roy Harris Jenkins, Baron Jenkins of Hillhead OM, PC was a British politician.The son of a Welsh coal miner who later became a union official and Labour MP, Roy Jenkins served with distinction in World War II. Elected to Parliament as a Labour member in 1948, he served in several major posts in...
, Paraskos lost the trial and was fined five pounds. Out of this Paraskos was invited in 1967 to take part in a group exhibition, Fantasy and Figuration, alongside Pat Douthwaite, Herbert Kitchen and Ian Dury
Ian Dury
Ian Robins Dury was an English rock and roll singer, lyricist, bandleader and actor who initially rose to fame during the late 1970s, during the punk and New Wave era of rock music...
at the Institute of Contemporary Arts
Institute of Contemporary Arts
The Institute of Contemporary Arts is an artistic and cultural centre on The Mall in London, just off Trafalgar Square. It is located within Nash House, part of Carlton House Terrace, near the Duke of York Steps and Admiralty Arch...
in London. Dury was later to become a close friend as they both began teaching at Canterbury College of Art in 1970.

Paraskos's style of painting is figurative but non-naturalistic, and he uses bright colours to describe scenes which often seem rooted in his childhood in Cyprus. He is also influenced by the Byzantine
Byzantine Empire
The Byzantine Empire was the Eastern Roman Empire during the periods of Late Antiquity and the Middle Ages, centred on the capital of Constantinople. Known simply as the Roman Empire or Romania to its inhabitants and neighbours, the Empire was the direct continuation of the Ancient Roman State...
church art of Cyprus, and modern masters, such as Paul Gauguin
Paul Gauguin
Eugène Henri Paul Gauguin was a leading French Post-Impressionist artist. He was an important figure in the Symbolist movement as a painter, sculptor, print-maker, ceramist, and writer...
and Henri Matisse
Henri Matisse
Henri Matisse was a French artist, known for his use of colour and his fluid and original draughtsmanship. He was a draughtsman, printmaker, and sculptor, but is known primarily as a painter...
. Despite primarily being a painter, in 1992 he began work on an abitious sculpture wall, in the village of Lempa, on the west coast of Cyprus. This wall is made of found and recycled everyday objects, and comprises a mixture of abstract and figurative forms, including a King Kong-sized gorilla, a pigmy elephant and a giant pair of welcoming hands. The wall is twenty metres long and up to four metres high.

Paraskos has exhibited widely, including in Cyprus, Britain
United Kingdom
The United Kingdom of Great Britain and Northern IrelandIn the United Kingdom and Dependencies, other languages have been officially recognised as legitimate autochthonous languages under the European Charter for Regional or Minority Languages...
, Greece
Greece
Greece , officially the Hellenic Republic , and historically Hellas or the Republic of Greece in English, is a country in southeastern Europe....
, the United States
United States
The United States of America is a federal constitutional republic comprising fifty states and a federal district...
, Brazil
Brazil
Brazil , officially the Federative Republic of Brazil , is the largest country in South America. It is the world's fifth largest country, both by geographical area and by population with over 192 million people...
, India
India
India , officially the Republic of India , is a country in South Asia. It is the seventh-largest country by geographical area, the second-most populous country with over 1.2 billion people, and the most populous democracy in the world...
, Denmark
Denmark
Denmark is a Scandinavian country in Northern Europe. The countries of Denmark and Greenland, as well as the Faroe Islands, constitute the Kingdom of Denmark . It is the southernmost of the Nordic countries, southwest of Sweden and south of Norway, and bordered to the south by Germany. Denmark...
and elsewhere, and in 2003 was the subject of a book by the distinguished art historian Norbert Lynton
Norbert Lynton
Norbert Lynton was Professor of the History of Art at the University of Sussex.He has published on architecture and on modern artists including Paul Klee, Ben Nicholson, William Scott. With Erika Langmuir, he coauthored the 'Yale Dictionary of Modern Art'...
, published by the Orage Press. His work is represented in the State Collections of Cyprus, the National Gallery of Greece, the Collection of the Arts Council of England, Leeds University Art Collection, Leeds City Art Gallery and the Tate Gallery
Tate Gallery
The Tate is an institution that houses the United Kingdom's national collection of British Art, and International Modern and Contemporary Art...
(Tate Britain
Tate Britain
Tate Britain is an art gallery situated on Millbank in London, and part of the Tate gallery network in Britain, with Tate Modern, Tate Liverpool and Tate St Ives. It is the oldest gallery in the network, opening in 1897. It houses a substantial collection of the works of J. M. W. Turner.-History:It...
), London. In 2008 he was awarded an Honorary Doctorate by the University of Bolton
University of Bolton
The University of Bolton is a university in Bolton, Greater Manchester, England. It has around 14,000 students across all sites and courses, with 700 academic and professional staff. Around 70% of its students come from Bolton and the North West region...
for his services to art and art education.