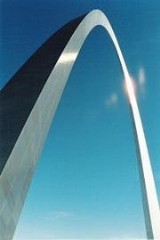 Overview
In metallurgy
Metallurgy
Metallurgy is a domain of materials science that studies the physical and chemical behavior of metallic elements, their intermetallic compounds, and their mixtures, which are called alloys. It is also the technology of metals: the way in which science is applied to their practical use...
, stainless steel, also known as inox steel or inox from French "inoxydable", is defined as a steel
Steel
Steel is an alloy that consists mostly of iron and has a carbon content between 0.2% and 2.1% by weight, depending on the grade. Carbon is the most common alloying material for iron, but various other alloying elements are used, such as manganese, chromium, vanadium, and tungsten...
alloy
Alloy
An alloy is a mixture or metallic solid solution composed of two or more elements. Complete solid solution alloys give single solid phase microstructure, while partial solutions give two or more phases that may or may not be homogeneous in distribution, depending on thermal history...
with a minimum of 10.5 or 11% chromium
Chromium
Chromium is a chemical element which has the symbol Cr and atomic number 24. It is the first element in Group 6. It is a steely-gray, lustrous, hard metal that takes a high polish and has a high melting point. It is also odorless, tasteless, and malleable...
content by mass.

Stainless steel does not stain, corrode
Corrosion
Corrosion is the disintegration of an engineered material into its constituent atoms due to chemical reactions with its surroundings. In the most common use of the word, this means electrochemical oxidation of metals in reaction with an oxidant such as oxygen...
, or rust
Rust
Rust is a general term for a series of iron oxides. In colloquial usage, the term is applied to red oxides, formed by the reaction of iron and oxygen in the presence of water or air moisture...
as easily as ordinary steel, but it is not stain-proof. It is also called corrosion-resistant steel or CRES when the alloy type and grade are not detailed, particularly in the aviation industry.

Why are machined threads turning black after passivation?
More

I have a lipbalm kettle with stainless steel pipes that get up to 160deg when workers pour more lipbalm in kettle it cause the pipes to cool off enoug...