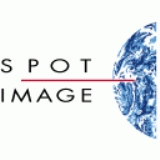 Encyclopedia
Spot Image, a public limited company created in 1982 by the French Space Agency, Centre National d'Etudes Spatiales
CNES
The is the French government space agency . Established under President Charles de Gaulle in 1961, its headquarters are located in central Paris and it is under the supervision of the French Ministries of Defence and Research...
(CNES), the IGN, and Space Manufacturers (Matra
Matra
Mécanique Aviation Traction or Matra was a French company covering a wide range of activities mainly related to automobile, bicycles, aeronautics and weaponry. In 1994, it became a subsidiary of the Lagardère Group and now operates under that name.Matra was owned by the Floirat family...
, Alcatel
Alcatel
Alcatel Mobile Phones is a brand of mobile handsets. It was established in 2004 as a joint venture between Alcatel-Lucent of France and TCL Communication of China....
, SSC, etc.) is a subsidiary of EADS Astrium (99%). The company is the commercial operator for the SPOT Earth observation satellites.

Spot Image is a worldwide distributor of products and services using imagery from Earth observation satellites and works through a network of subsidiaries, local offices (Australia, Brazil, China, United States, Japan, Peru, Singapore), and partners. The goal is to provide on-the-spot service with worldwide availability.

Spot Image works with a network of more than 30 direct receiving stations handling images acquired by the SPOT satellites.

Spot Image collaborates with ESA’s GMES programme, shares geographic information with the OGC and contributes to the interoperability of web services; with Infoterra Global it continues to offer services for precision-agriculture. 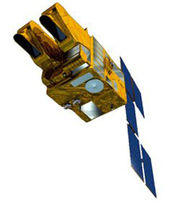 The 2 SPOT satellites in orbit (Spot 4 and 5) provide images with a large choice of resolutions – from 2.5 m to 10 m. Spot Image also distributes multiresolution data from other optical satellites, in particular from Formosat-2 (Taiwan) and Kompsat-2 (South Korea), for which it has exclusive distribution rights, and from radar satellites (TerraSar-X, ERS, Envisat, Radarsat). Spot Image will also be the exclusive distributor of data from the forthcoming very-high resolution Pleiades satellites
Pleiades satellites
The Pléiades constellation is composed of two very-high-resolution optical Earth-imaging satellites. Pléiades 1 and Pléiades 2 will provide coverage of Earth’s surface with a repeat cycle of 26 days ....
. The first launch is planned at the end of 2011 (Pléiades 1) and the second one (Pléiades 2) in mid 2012. The company also offers infrastructures for receiving and processing, as well as added value options.

Among the services offered by Spot Image:

Its goal is to encourage the Earth observation industry and geographic information professionals to support local projects searching for adaptive solutions to climate change problems. The products and materials available to these professionals – satellite images, geographic information systems, image processing and display software – are indispensable for studying the impact of global warming on our planet, on local and global scales.
Planet Action supports projects that study: 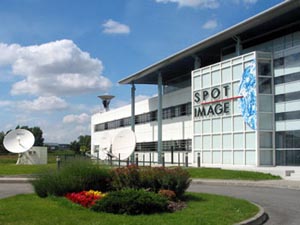