The current Speaker of the Parliament is Hon Chamal Rajapaksa. 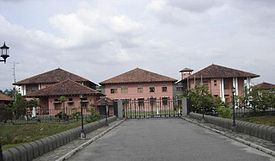