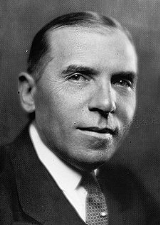 The son of Polish Jewish immigrants who moved to San Francisco while Sol was still an infant, he was introduced to the production side of theater business in his early teens, graduated to theater manager and staged boxing matches that featured "Gentleman Jim" Corbett
James J. Corbett
James John "Gentleman Jim" Corbett was an Irish-American heavyweight boxing champion, best known as the man who defeated the great John L. Sullivan. He also coached boxing at the Olympic Club in San Francisco...
. Seeking more spectacular shows to stage, he sailed for New York and to Paris for the Exposition Universelle (1889)
Exposition Universelle (1889)
The Exposition Universelle of 1889 was a World's Fair held in Paris, France from 6 May to 31 October 1889.It was held during the year of the 100th anniversary of the storming of the Bastille, an event traditionally considered as the symbol for the beginning of the French Revolution...
, where he was most impressed with the dancers and acrobats in the "Algerian Village" very loosely representative of France's Algeria
Algeria
Algeria , officially the People's Democratic Republic of Algeria , also formally referred to as the Democratic and Popular Republic of Algeria, is a country in the Maghreb region of Northwest Africa with Algiers as its capital.In terms of land area, it is the largest country in Africa and the Arab...
n colony.

His major success, at the age of 23, was in developing the mile-long Midway Plaisance
Midway Plaisance
The Midway Plaisance, also known locally as the Midway, is a park on the South Side of the city of Chicago, Illinois. It is one mile long by 220 yards wide and extends along 59th and 60th streets, joining Washington Park at its east end and Jackson Park at its west end. It divides the Hyde Park...
for the World's Columbian Exposition
World's Columbian Exposition
The World's Columbian Exposition was a World's Fair held in Chicago in 1893 to celebrate the 400th anniversary of Christopher Columbus's arrival in the New World in 1492. Chicago bested New York City; Washington, D.C.; and St...
of 1893 in Chicago
Chicago
Chicago is the largest city in the US state of Illinois. With nearly 2.7 million residents, it is the most populous city in the Midwestern United States and the third most populous in the US, after New York City and Los Angeles...
. The Midway Plaisance offered enticing games and exhibitions presented by private vendors, removed from the somewhat icy Beaux-Arts splendor of the official exposition, ranged round its "Court of Honor". Reassigned to Bloom by the Exposition's committee, which had initially conceived of it as part of the Department of Anthropology entrusted to a Harvard professor, the "Midway" became a hugely successful crowd-pleaser that introduced the term "midway" to American English. In the "Street in Cairo", the North African belly dance
Belly dance
Belly dance or Bellydance is a "Western"-coined name for a traditional "Middle Eastern" dance, especially raqs sharqi . It is sometimes also called Middle Eastern dance or Arabic dance in the West, or by the Greco-Turkish term çiftetelli...
was reinvented as the "hootchy-kootchy dance" to a tune made up by Bloom, "The Streets of Cairo, or the Poor Little Country Maid
The Streets of Cairo, or the Poor Little Country Maid
"The Streets of Cairo, or the Poor Little Country Maid", also known as "the snake charmer song", is a well-known melody in the United States. Alternate titles for children's songs using this melody include "The Girls in France" and "The Southern Part of France".- History :Purportedly the original...
" sung for a century by young boys to the lyrics "O they don't wear pants on the sunny side of France" (or variants to the effect of "There's a place in France where the women wear no pants", "...where the naked ladies dance", etc.). Bloom neglected to copyright his tune, picked out on a piano at a preview for the Press Club of Chicago.

Bloom's entrée to the fair had been eased by Mayor Carter Harrison, Sr.
Carter Harrison, Sr.
Carter Henry Harrison, Sr. was an American politician who served as mayor of Chicago, Illinois from 1879 until 1887; he was subsequently elected to a fifth term in 1893 but was assassinated before completing his term. He previously served two terms in the United States House of Representatives...
, who was assassinated days before the Exposition closed. Bloom found useful connections among Chicago's tough First Ward Democratic party bosses, "Bathhouse" John Coughlin and "Hinky Dink" Kenna
Michael Kenna
Michael "Hinky Dink" Kenna was one of the two aldermen elected in Chicago's First Ward, from 1897 to 1923.At the age of ten, Kenna left school and began selling newspapers. By the age of twelve, he had borrowed fifty dollars from a bar keeper and purchased a news stand at the corner of Monroe and...
. Soon he had a position as Chicago branch manager of M. Witmark & Sons, the largest publisher of sheet music
Sheet music
Sheet music is a hand-written or printed form of music notation that uses modern musical symbols; like its analogs—books, pamphlets, etc.—the medium of sheet music typically is paper , although the access to musical notation in recent years includes also presentation on computer screens...
in the United States, and by 1896 he was publishing under his own name, introducing photolithographs to make the scores more visually appealing. In 1897 he married Evelyn Hechheimer and settled down in a then-fashionable district on South Prairie Avenue, making himself known as "Sol Bloom, the Music Man". At the turn of the century he was awarded the first musical copyright of the new century, to much fanfare; it was "I Wish I Was in Dixie Land Tonight," by Raymond A. Browne.


Move to New York and politics

In 1903 he moved to New York
New York City
New York is the most populous city in the United States and the center of the New York Metropolitan Area, one of the most populous metropolitan areas in the world. New York exerts a significant impact upon global commerce, finance, media, art, fashion, research, technology, education, and...
, where he dabbled in real estate and enlarged his chain of music departments in department stores throughout the country. In New York he sold Victor Talking Machines. He switched his political connections to New York's Tammany Hall
Tammany Hall
Tammany Hall, also known as the Society of St. Tammany, the Sons of St. Tammany, or the Columbian Order, was a New York political organization founded in 1786 and incorporated on May 12, 1789 as the Tammany Society...
, to the extent that when Representative-elect of New York’s 19th Congressional District Samuel Marx
Samuel Marx (New York)
Samuel Marx was an American auctioneer and politician from New York.Born in New York City, Marx was educated in the public schools and became an auctioneer and appraiser. In 1889, he married Irene Smith....
died in 1922, he was invited to run, and gained the normally-Republican "Silk Stocking District"
Upper East Side
The Upper East Side is a neighborhood in the borough of Manhattan in New York City, between Central Park and the East River. The Upper East Side lies within an area bounded by 59th Street to 96th Street, and the East River to Fifth Avenue-Central Park...
by 145 votes. He continued to represent the district until his death in 1949.