Encyclopedia
A social identity is the portion of an individual's self-concept
Self-concept
Self-concept is a multi-dimensional construct that refers to an individual's perception of "self" in relation to any number of characteristics, such as academics , gender roles and sexuality, racial identity, and many others. Each of these characteristics is a research domain Self-concept (also...
derived from perceived membership in a relevant
Relevance
-Introduction:The concept of relevance is studied in many different fields, including cognitive sciences, logic and library and information science. Most fundamentally, however, it is studied in epistemology...
social group. As originally formulated by Henri Tajfel
Henri Tajfel
Henri Tajfel was a British social psychologist, best known for his pioneering work on the cognitive aspects of prejudice and social identity theory, as well as being one of the founders of the European Association of Experimental Social Psychology.-Early life in Poland:Tajfel grew up in Poland...
and John Turner in the 1970s and 80s, social identity theory introduced the concept of a social identity as a way in which to explain intergroup behaviour.

The authors of social identity theory state that purely interpersonal or purely intergroup behaviour is unlikely to be found in realistic social situations. Rather, behaviour is expected to be driven by a compromise between the two extremes. The cognitive nature of personal vs. social identities, and the relationship between them, is more fully developed in self-categorization theory. Social identity theory instead focuses on the social structural factors the will predict which end of the spectrum will most influence an individual’s behaviour, along with the forms that that behavior may take.

Both the interpersonal-intergroup continuum and the assumption of positive distinctiveness motivation arose as outcomes of the findings of minimal group studies. In particular, it was found that under certain conditions individuals would endorse resource distributions that would maximize the positive distinctiveness of an ingroup in contrast to an outgroup at the expense of personal self-interest.

Building on the above components, social identity theory details a variety of strategies that may be invoked in order to achieve positive distinctiveness. The individual’s choice of behaviour is posited to be dictated largely by the perceived intergroup relationship. In particular the choice of strategy is an outcome of the perceived permeability of group boundaries, as well as the perceived stability and legitimacy of the intergroup status hierarchy. The self enhancing strategies detailed in social identity theory are detailed below. Importantly, although these are viewed from the perspective of a low status group member, comparable behaviours may also be adopted by high status group members.

It is predicted that under conditions where the group boundaries are considered permeable (e.g. a group member may pass from a low status group into a high status group) individuals are more likely to engage in individual mobility strategies. That is, individuals “disassociate from the group and pursue individual goals designed to improve their personal lot rather than that of their ingroup”. 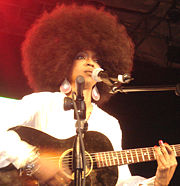 Where group boundaries are considered impermeable, and where status relations are considered reasonably stable, individuals are predicted to engage in social creativity behaviours. Here, without changing necessarily the objective resources of in the ingroup or the outgroup, low status ingroup members are still able to increase their positive distinctiveness. This may be achieved by comparing the ingroup to the outgroup on some new dimension, changing the values assigned to the attributes of the group, and choosing an alternative outgroup by which to compare the ingroup.

Here an ingroup seeks positive distinctiveness via direct competition with the outgroup. This is predicted to occur where group boundaries are considered impermeable, and where status relations ace considered to be reasonably unstable.

“Thus, social categorization is still conceived as a haphazardly floating ‘independent variable’ which strikes at random as the spirit moves it. No links are made or attempted, between the conditions determining its presence and mode of operation, and its outcomes in widely diffused commonalities of social behaviour. Why, when and how is social categorisation salient or not salient? What kind of shared constructions of social reality, mediated through social categorization, lead to a social climate in which large masses of people feel they are in long-term conflict with other masses? What, for example, are the psychological transitions from a stable to an unstable social system?” (Original emphasis)

Thus, social identity theory in part reflects a desire to re-establish a more collectivist approach to social psychology of the self and social groups.

Prejudice is drawing (typically) negative assumptions about someone or something before having enough information to guarantee accuracy of those judgments. In respect to social identity, the integrated threat theory of prejudice states that four types of perceived threats felt from an out-group act as triggers for inter-group prejudice: realistic threats (those to body and possessions, for example), symbolic threats (those to ways of life), inter-group anxiety, and negative stereotype
Stereotype
A stereotype is a popular belief about specific social groups or types of individuals. The concepts of "stereotype" and "prejudice" are often confused with many other different meanings...
s. In studies of cultural prejudice, not all four types of threats need to be involved for prejudice to be observed. Additional research in cultural prejudice discovered that realistic threats have larger impacts on prejudice displayed by people who highly identify with the in-group, symbolic threats and negative stereotypes have no significant effect differences between high and low identifiers, and inter-group anxiety plays a more significant role for low identifiers.

Additionally, social identity influences the perception of a person being prejudiced. In-group members tend to give each other the benefit of the doubt in ambiguous situations, attributing events to external rather than internal causes. As such, research shows that people who share in-group status with the potential targets of potentially prejudicial behavior, as well as people who display moral credential
Moral credential
An individual's track record as a good egalitarian individual can establish an unconscious ethical certification, endorsement, or license within that individual and this will increase their likelihood of making less egalitarian decisions later. This moral credentialing effect occurs even when the...
s, are less likely to be judged as prejudiced by in-group members than by out-group members.

In-group bias is an effect where people to give preferential treatment to others when they are perceived to be in the same ingroup. Social identity attributes the cause of ingroup bias to a psychological need for positive distinctiveness and describes the situations where ingroup bias is likely to occur (as a function of perceived group status, legitimacy, stability, and permiability). It has been shown via the minimal group studies that ingroup bias may occur for both arbitrary ingroups (e.g. a coin toss may split participants into a 'heads' group and a 'tails' group) as well as non-arbitrary ingroups (e.g. ingroups based on cultures, genders, and first languages). Importantly, “although vulgarized versions of social identity theory argue that ‘social identification leads automatically to discrimination and bias’, in fact…discrimination and conflict are anticipated only in a limited set of circumstances”.
Continued study into the relationship between social categorization and ingroup bias has explored the relative prevalances of the ingroup bias vs. outgroup descrimination, as well as the relationship between ingroup bias and other psychological constraints (e.g. existential threat) 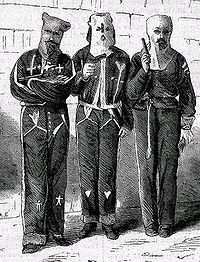 Hate groups are organizations “whose central principles include hostility toward racial, ethnic, and religious minority groups” and “represent an extreme form of social identity.” Most hate groups are based on racial supremacy and the support of the segregation or deportation, sometimes even the annihilation, of minorities. People often join hate groups because they are in search of answers and solutions to life’s questions and problems, because they feel the need to rebel, because they are attracted to the violent images of hate groups, or some combination of the three. Hate group members usually strongly associate themselves with their groups. They base their actions on what they believe the principles and goals of the group are.

While this macro-economic theory deals exclusively with already well established categories of social identity, Laszlo Garai
Laszlo Garai
László Garai is a Hungarian scholar of theoretical, social and economic psychology and founding professor of the Department of Economic Psychology at the University of Szeged.- Curriculum vitæ :...
applied the concept of social identity in economic psychology and takes into consideration identities in statu nascendi (i.e. just when something is about to begin). A further special feature of Garai's theory on social identity is that it resolved the contradiction between the inter-individual phenomena studied by the social identity theories and the intra-individual mechanisms studied by the brain theories: L. Garai presented a theory on an inter-individual mechanism acting in the world of social identity. The theory that was referred in the beginning to the macro-processes based on a large-scale production later has been applied by Garai to the micro-processes of individual creativity.

Competition is a contest between individuals for limited resources, such as water and land. Under social identity theory, competition has been presented as an explanation for what causes people to perceive others as members of their own or other groups; those that compete rather than cooperate are more likely to be viewed as different from the in-group. Additionally, competition has been presented as a way for groups to maintain positive social identity and as a way to improve status in the social hierarchy.

The self-esteem hypothesis is one of the most studied explanations for in-group bias. Social identity theory proposes that people are motivated to achieve and maintain positive concepts of themselves. Since people’s social identities are component of their personal identities and self concepts, having a positive social identity will result in a more positive self-esteem. When one’s in-group does well, the members of the in-group feel good about themselves and their self-esteems become more positive. Michael Hogg
Michael Hogg
Michael Hogg is a Professor of Social Psychology in the at Claremont Graduate University.-Biography:Hogg was born in Calcutta, India, where his parents were employed at the time of his birth. When he was a child, his family moved to Sri Lanka where he lived until leaving for college in England...
and Dominic Abrams believe that self-esteem affects in-group bias in three ways: demonstrating the in-group’s success or superiority will increase positive social identity. which in turn increases positive self-esteem, engaging in inter-group bias can raise self-esteem, and people defend their self-esteem through inter-group bias when people’s self-esteem is threatened.

Social identity theory attempted to return to collectivist views of groups from the more individualistic approaches of the time. Many critics of the theory find issue with individualism being overridden by salient social identity. Others criticize it for being overextended in its present form, making the theory difficult to falsify
Falsifiability
Falsifiability or refutability of an assertion, hypothesis or theory is the logical possibility that it can be contradicted by an observation or the outcome of a physical experiment...
. This difficulty has been further shown by studies that seem to challenge social identity's self esteem hypothesis and plausible ties between group identification and in-group bias, to name a few. These discoveries "against" social identity theory have been dismissed by John Turner, as they are focused on topics non-explicitly stated within the theory.

In criticisms unaddressed by Tajfel and Turner, additional challenges arise for researchers to address in the context of social identity. For example, in-group bias is one often-touted component of social identity; groups can feel better about themselves by rewarding themselves more than out-groups. Research has indicated that the opposite does not hold. In what has been dubbed the Positive-Negative Asymmetry Phenomenon, researchers have shown that punishing the in-group less benefits esteem less than does rewarding the in-group more. Further challenges have arisen in studies of inter-group similarity, with some studies counterintuitively finding that groups that perceive themselves as similar to other groups show increased levels of inter-group attraction and decreased levels of in-group bias. Social identity would suggest that these groups should have increased motivation to differentiate themselves.