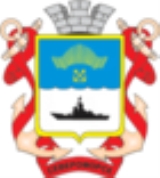 Encyclopedia
Severomorsk is a closed
Closed city
A closed city or closed town is a settlement with travel and residency restrictions in the Soviet Union and some of its successor countries. In modern Russia, such places are officially known as "closed administrative-territorial formations" ....
town in Murmansk Oblast
Murmansk Oblast
Murmansk Oblast is a federal subject of Russia , located in the northwestern part of Russia. Its administrative center is the city of Murmansk.-Geography:...
, Russia
Russia
Russia or , officially known as both Russia and the Russian Federation , is a country in northern Eurasia. It is a federal semi-presidential republic, comprising 83 federal subjects...
, located about 25 kilometres (15.5 mi) north of Murmansk
Murmansk
Murmansk is a city and the administrative center of Murmansk Oblast, Russia. It serves as a seaport and is located in the extreme northwest part of Russia, on the Kola Bay, from the Barents Sea on the northern shore of the Kola Peninsula, not far from Russia's borders with Norway and Finland...
along the Kola Bay
Kola Bay
Kola Bay or Murmansk Fjord is a 57-km-long fjord of the Barents Sea that cuts into the northern part of the Kola Peninsula. It is up to 7 km wide and has a depth of 200 to 300 metres. The Tuloma and Kola Rivers discharge into the bay....
. Population:

This is the main administrative base of the Russian Northern Fleet. Severomorsk has the largest drydock on the Kola Peninsula
Kola Peninsula
The Kola Peninsula is a peninsula in the far northwest of Russia. Constituting the bulk of the territory of Murmansk Oblast, it lies almost completely to the north of the Arctic Circle and is washed by the Barents Sea in the north and the White Sea in the east and southeast...
.

When Saamsky District was abolished on January 26, 1963, Gremikha, its administrative center, was similarly subordinated to Severomorsk.