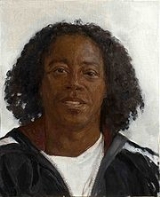 Sergio Vargas is a Dominican
Dominican Republic
The Dominican Republic is a nation on the island of La Hispaniola, part of the Greater Antilles archipelago in the Caribbean region. The western third of the island is occupied by the nation of Haiti, making Hispaniola one of two Caribbean islands that are shared by two countries...
merengue
Merengue music
Merengue is a type of music and dance from the Dominican Republic. It is popular in the Dominican Republic and all over Latin America. Its name is Spanish, taken from the name of the meringue, a dessert made from whipped egg whites and sugar...
singer. He has been a member of the bands La Banda Brava and Los Hijos del Rey.
The source of this article is wikipedia, the free encyclopedia.  The text of this article is licensed under the GFDL.