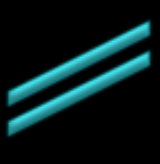 
Seaman apprentice is the second lowest enlisted rank
Enlisted rank
An enlisted rank is, in most Militaries, any rank below a commissioned officer or warrant officer. The term can also be inclusive of non-commissioned officers...
in the U.S. Navy
United States Navy
The United States Navy is the naval warfare service branch of the United States Armed Forces and one of the seven uniformed services of the United States. The U.S. Navy is the largest in the world; its battle fleet tonnage is greater than that of the next 13 largest navies combined. The U.S...
and U.S. Coast Guard
United States Coast Guard
The United States Coast Guard is a branch of the United States Armed Forces and one of the seven U.S. uniformed services. The Coast Guard is a maritime, military, multi-mission service unique among the military branches for having a maritime law enforcement mission and a federal regulatory agency...
, just above seaman recruit
Seaman Recruit
Seaman recruit is the lowest enlisted rank in the U.S. Navy and U.S. Coast Guard, just below seaman apprentice; this rank was formerly known as seaman third class...
and below seaman
Seaman
Seaman is one of the lowest ranks in a Navy. In the Commonwealth it is the lowest rank in the Navy, followed by Able Seaman and Leading Seaman, and followed by the Petty Officer ranks....
; this rank was formerly known as seaman second class.

The actual title for an E-2 in the U.S. Navy varies based on the community to which the sailor belongs. Likewise, the color of their group rate marks also depends on their community.


No stripes are worn on the working uniforms - coveralls or utilities.

Sailors who have completed the requirements to be assigned a rating and have been accepted by the Bureau of Naval Personnel as holding that rating (a process called "striking") are called designated strikers, and are called by their full rate and rating in formal communications (ie, "machinist's mate fireman apprentice", as opposed to simply "fireman apprentice"), though the rating is often left off in informal communication. Those who have not officially been assigned to a rating are officially referred to as "undesignated" or "non-rates."