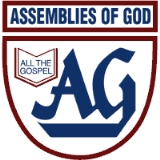 They work co-operatively with the Samoan Assemblies of God churches of Samoa, American Samoa, Australia, Alaska, Hawaii and of Mainland USA, and with any other religious organisation in New Zealand that shares the same Christian beliefs as the Assemblies of God movement worldwide.

The Samoan Assemblies of God in New Zealand believe in the power and person of the Holy Spirit, a belief that reaches back over two thousand years of Church history to the day of Pentecost when the Christian Church was born.

The 20th century Pentecostals movement was born when students at a Bible School in Topeka, Kansas, came into the conclusion that the Biblical evidence of the Baptism in the Holy Spirit was speaking in other tongues. From that time, there have been spiritual revivals accompanied by Pentecostal phenomena, as in the Welsh Revival of 1904 and at Azusa St, Los Angeles in 1906. Pentecostals found it necessary to set up their own Church structures, one of which, is the Assemblies of God, now found in most countries throughout the world.

In 1964 the foundation Congregations in Wellington and Auckland adopted the name Samoan Assemblies of God in New Zealand and worked closely together.

The Samoan Assemblies of God in New Zealand are a group of individuals who are predominately Samoans by birth or descent, in presently unincorporated local Churches, who share a common interest in Pentecostal Christianity and the fundamental philosophy of Assemblies of God movements worldwide as one of cooperative fellowship between local Churches

Numerous Christian groups share some or all of these tenets—and some positions (like the Trinity) are considered more central to the faith than others. Of these sixteen, four are considered “core beliefs of the Fellowship”, or “Cardinal Doctrines.”
These are:


These statements of belief are considered to have a biblical basis and are thus considered non-negotiable. 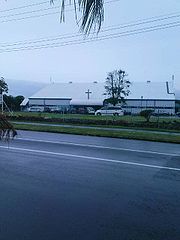 The church was under-going court cases and was fighting for assets, mainly the Samani Pulepule Centre the Samoan Assemblies of God Headquarters in Mangere
Mangere
Māngere is one of the larger suburbs in South Auckland, in northern New Zealand.The suburb is located on flat land at the northeastern shore of the Manukau Harbour, to the northwest of the centre of Manukau city and 15 kilometres south of Auckland city centre...
, Auckland
Auckland
The Auckland metropolitan area , in the North Island of New Zealand, is the largest and most populous urban area in the country with residents, percent of the country's population. Auckland also has the largest Polynesian population of any city in the world...
which seats up to 4,000 and contains the General Superintendent's office, and the offices of the General Secretary and Treasurer of the Samoan fellowship.

In 2006 the church had a World Conference in Samoa, which saw New Zealand represented by both Samoan fellowships, this had showed the division amongst the New Zealand churches as both groups performed separate items. During the World leaders meeting, Pastor Ailaulau had walked into the conference room where the meeting was taking place, but was then told to leave. The other World leaders stated that there is only one Samoan fellowship in New Zealand, and that it was the fellowship directed by Pastor Samani Pulepule. This was also the conference where Pastor Samani Pulepule was ordained as the General Superintendent of the Samoan Assemblies International

In 2007 a group of Samoan pastor's from AOGNZ had broken into the Samani Pulepule Centre and changed all the locks, this was witnessed by the daughter of the Samoan Assemblies of God caretaker who was confused as to who these people were and phoned the police. Immediately the Samoan Executive Council was alerted, and arrived at the Convention Centre finding the group of Pastor's with a court document saying they were permitted to do this, through Police investigation they found that the court document was signed by one of the Pastor's themselves, and ordered the group of pastor's to immediately leave the premises, and if they were found on the property again, they would be arrested.

There are now 72 Samoan Assemblies of God churches in New Zealand under the leadership of Pastor Pulepule. Since the split in 2005 the church continues to grow.


List of the Samoan Assemblies of God in New Zealand

List of the Samoan Assemblies of God Churches in New Zealand

The Samoan Assemblies of God in New Zealand have General Council (or National Conferences) once every year, it is held in the three main New Zealand centres of Auckland
Auckland
The Auckland metropolitan area , in the North Island of New Zealand, is the largest and most populous urban area in the country with residents, percent of the country's population. Auckland also has the largest Polynesian population of any city in the world...
, Wellington
Wellington
Wellington is the capital city and third most populous urban area of New Zealand, although it is likely to have surpassed Christchurch due to the exodus following the Canterbury Earthquake. It is at the southwestern tip of the North Island, between Cook Strait and the Rimutaka Range...
and Christchurch
Christchurch
Christchurch is the largest city in the South Island of New Zealand, and the country's second-largest urban area after Auckland. It lies one third of the way down the South Island's east coast, just north of Banks Peninsula which itself, since 2006, lies within the formal limits of...
. These conferences only last 3 days and are always during the Easter Weekend break. Every two years, the church's have General Elections where those in attendance of the General Council are to vote for change in the Executive Council. Pastor Samani Pulepule has been nominated and ordained with a vote of 100% since 1968 (the first Samoan Assemblies General Council).
Since the beginning of the Samoan Assemblies of God in New Zealand, they have had the honour of hosting four past World Conventions. The first World Conference that New Zealand hosted was in 1982 known as the "Jesus' the Saviour - Iesu le Fa'aola Conference" which was attended by over 1,000 members of the church, and also members of the Auckland City Council, the Manukau City Council, the then General Superintendent of the AOGNZ
Assemblies of God in New Zealand
The Assemblies of God in New Zealand is a Pentecostal denomination in New Zealand and a member of the World Assemblies of God Fellowship, the world's largest Pentecostal denomination. In 2007, the denomination had nearly 200 congregations and preaching points and 30,000 members and adherents,...
and World Leaders.

The 1992 World Conference was the beginning of a Revival never seen in New Zealand before, the churches numbers had tripled since the last World Conference in New Zealand, and the new SAOG headquarters that seated up to 3,000 people was officially opened. This was the first time the Samoan Assemblies of God churches from Germany were in attendance.

In 2003 the Samani Pulepule Convention Centre was renovated and extended to seat over 4,000 people this time and in 2004 the number of churches in New Zealand had grown to 89 with a membership of 15,000. During the "Pray and Obey - Tatalo ma ia Usita'i Conference" in 2004, there were over 10,000 people in attendance at this conference, with over 2,000 members from Samoa, 2,000 members from Australia and 800 members from Mainland USA, and larger proportion of members from American Samoa, Hawaii and Alaska, the 2004 conference has been the biggest World Conference ever hosted in New Zealand, and traffic was at its peek before and after every service, (the City Council was told prior to the event about the conference and the need for cars to park along Robertson Road, so they opened up nearby schools and parks for parking, and a team of traffic police to help with the flow of traffic).

By 2008, the churches in New Zealand had split, bringing the numbers of adherents from 16,000 to 9,000. New Zealand was asked to host the World Conference during the World Leaders Meeting in Samoa 2007, Samoa had just hosted it the previous year, Australia and Mainland USA had no venues for such a Conference, and the Samoan AOG Convention Centre in American Samoa was too small. There were doubts on hosting the Conference in New Zealand, because the Samani Pulepule Centre was then undergoing court cases, and the fear of losing the Centre when it came to the time of the Conference had people doubting whether New Zealand was able to host the Conference, however the "Revive the Spirit of Pentecost - Toe Fa'aolaola le Agaga o le Penetekoso Conference" went ahead in December 2008 and New Zealand had hosted the 16th World Conference, although not as big as the 2004 "Pray and Obey Conference", it showed the world that although the membership numbers had dropped dramatically due to a national split, everything and anything could be achieved if they were able to work together.

There have been numerous events the church has, such as the Katinas Concert (who are members of the Samoan Assemblies of God in Mainland USA). Also numerous Youth Rallies the Church hosts, and other community events.

During Queens Birthday Weekend, each region has their own conference like events, which includes the National Bible Exam. Those that qualify for the National prizegiving receive honourary gifts at the National Conference. At the end of each month, most regions would have a combined service.

The Executive Council is made up of ordained Pastors who have served for more than two years at their local church. Elections are held biannually at the National Conference which is always held during the Easter break at the Samani Pulepule Centre, the churches headquarters.


Similar sounding but not affiliated with SAOGNZ


Pentecostal Denominations Birthed from the Samoan Assemblies of God