SS Saxon Prince was the first ship built for Prince Steam Shipping Ltd., otherwise known as "Prince Line". She was launched in 1882, and in 1884 entered service with Prince Line. She served for eleven years with Prince Line and was then sold to Christian Salvesen in 1895. Saxon Prince was renamed Glitra and served with Christian Salvesen for nineteen years. She was fated to be the first British merchant vessel sunk by Germany
German Empire
The German Empire refers to Germany during the "Second Reich" period from the unification of Germany and proclamation of Wilhelm I as German Emperor on 18 January 1871, to 1918, when it became a federal republic after defeat in World War I and the abdication of the Emperor, Wilhelm II.The German...
in the First World War. 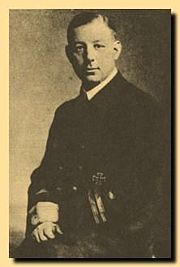 On 20 October 1914, Glitra was outbound from Grangemouth
Grangemouth
Grangemouth is a town and former burgh in the council area of Falkirk, Scotland. The town lies in the Forth Valley, on the banks of the Firth of Forth, east of Falkirk, west of Bo'ness and south-east of Stirling. Grangemouth had a resident population of 17,906 according to the 2001...
with a destination of Stavanger
Stavanger
Stavanger is a city and municipality in the county of Rogaland, Norway.Stavanger municipality has a population of 126,469. There are 197,852 people living in the Stavanger conurbation, making Stavanger the fourth largest city, but the third largest urban area, in Norway...
, Norway
Norway
Norway , officially the Kingdom of Norway, is a Nordic unitary constitutional monarchy whose territory comprises the western portion of the Scandinavian Peninsula, Jan Mayen, and the Arctic archipelago of Svalbard and Bouvet Island. Norway has a total area of and a population of about 4.9 million...
laden with coal, iron plate and oil when she was stopped and searched by the German U-boat
U-boat
U-boat is the anglicized version of the German word U-Boot , itself an abbreviation of Unterseeboot , and refers to military submarines operated by Germany, particularly in World War I and World War II...
U-17
Unterseeboot 17 (1912)
SM U-17 was a German submarine during the First World War. U-17 sank the first British merchant vessel in the First World War, and also sank another nine ships and captured one ship, surviving the war without casualty.-War service:...
, under the command of Kapitänleutnant
Captain Lieutenant
Captain lieutenant or captain-lieutenant is a military rank, used in a number of different navies worldwide.It is generally equivalent to the Commonwealth or US rank of lieutenant, and has the NATO rank code of OF-2, though this can vary....
Johannes Feldkirchener. The stop and search was done in accordance with the "prize rules
Rules of Prize Warfare
Prize rules or cruiser rules govern the taking of prizes: vessels captured on the high seas during war. They are intertwined with the blockade rules.Customary rules were originally laid down in the days of sailing ships...
" of war. The crew were ordered into the lifeboats, and once all were safely aboard the captors opened the sea valves and scuttled
Scuttling
Scuttling is the act of deliberately sinking a ship by allowing water to flow into the hull.This can be achieved in several ways—valves or hatches can be opened to the sea, or holes may be ripped into the hull with brute force or with explosives...
Glitra.

As U-17 searched and scuttled Glitra the two vessels were being observed by the Royal Norwegian Navy
Royal Norwegian Navy
The Royal Norwegian Navy is the branch of the Norwegian Defence Force responsible for naval operations. , the RNoN consists of approximately 3,700 personnel and 70 vessels, including 5 heavy frigates, 6 submarines, 14 patrol boats, 4 minesweepers, 4 minehunters, 1 mine detection vessel, 4 support...
1. class torpedo boat
1. class torpedo boat
The 1. class torpedo boat was a designation in the Scandinavian countries for a type of fast steam ships on more than 80 tons .-Royal Danish Navy:* 1879 Torpedobaad Nr. 4* 1880 Torpedobaad Nr. 5* 1881 Torpedobaad Nr...
HNoMS Hai on neutrality protection duties
Neutral country
A neutral power in a particular war is a sovereign state which declares itself to be neutral towards the belligerents. A non-belligerent state does not need to be neutral. The rights and duties of a neutral power are defined in Sections 5 and 13 of the Hague Convention of 1907...
. The Norwegians did not interfere with the incident itself, as it took place outside of Norwegian territorial waters, but after U-17 left the scene Hai took the British lifeboats under tow and brought the crewmen to the south western Norwegian port of Skudeneshavn
Skudeneshavn
is a city on the southernmost tip of the island of Karmøy in Norway. It is part of the traditional district of Haugaland...
.