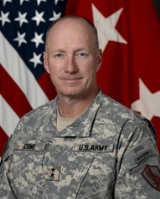 Can anyone answer me how is the data stored in a hard disk "physically"...???

Dear Sir, I would like to know if you are married now or what is your is going on now with your life. Are you planning are retiring soon? Yes there is...

Please would like to change your life in a few days

Did join a person a few hours ago now

Mr cone did u know this kids from south korea soo ho and jee ho kim if not some somebody is using ur name n making people sick n confused hope to hear...
More

Heyyyyyyyyy ,so gracefull fine this stuff so cool, well done and I'm about to falling in deep troubles cause I do really love our communication..... ...

I want to know the email of Mr robert W. Cone

Has anyone reported any of these Robert W Cones to the authorities?
More

Cone is a native of Manchester, New Hampshire
Manchester, New Hampshire
Manchester is the largest city in the U.S. state of New Hampshire, the tenth largest city in New England, and the largest city in northern New England, an area comprising the states of Maine, New Hampshire, and Vermont. It is in Hillsborough County along the banks of the Merrimack River, which...
. He graduated from the United States Military Academy
United States Military Academy
The United States Military Academy at West Point is a four-year coeducational federal service academy located at West Point, New York. The academy sits on scenic high ground overlooking the Hudson River, north of New York City...
at West Point with a Bachelor of Science Degree in 1979 and was commissioned as a second lieutenant in the Armor Branch. Cone earned a Master of Arts
Master of Arts (postgraduate)
A Master of Arts from the Latin Magister Artium, is a type of Master's degree awarded by universities in many countries. The M.A. is usually contrasted with the M.S. or M.Sc. degrees...
degree in Sociology
Sociology
Sociology is the study of society. It is a social science—a term with which it is sometimes synonymous—which uses various methods of empirical investigation and critical analysis to develop a body of knowledge about human social activity...
from the University of Texas at Austin
University of Texas at Austin
The University of Texas at Austin is a state research university located in Austin, Texas, USA, and is the flagship institution of the The University of Texas System. Founded in 1883, its campus is located approximately from the Texas State Capitol in Austin...
in 1987 and was inducted in the National Honor Society of Phi Kappa Phi
Phi Kappa Phi
The Honor Society of Phi Kappa Phi is an honor society established 1897 to recognize and encourage superior scholarship without restriction as to area of study and to promote the "unity and democracy of education"...
. He served as both an instructor and Assistant Professor in the Behavioral Sciences and Leadership Department at West Point. He earned a Master of Arts Degree in National Security and Strategic Studies in 1998 from the Naval War College
Naval War College
The Naval War College is an education and research institution of the United States Navy that specializes in developing ideas for naval warfare and passing them along to officers of the Navy. The college is located on the grounds of Naval Station Newport in Newport, Rhode Island...
and was named “Graduate of Highest Distinction.” Additionally, Cone was a Fellow in the Massachusetts Institute of Technology Seminar XXI Program.

General Cone has served in a variety of command, staff, and operational assignments in the United States
United States
The United States of America is a federal constitutional republic comprising fifty states and a federal district...
, Germany
Germany
Germany , officially the Federal Republic of Germany , is a federal parliamentary republic in Europe. The country consists of 16 states while the capital and largest city is Berlin. Germany covers an area of 357,021 km2 and has a largely temperate seasonal climate...
, and Southwest Asia.

His first duty assignment was in the 2nd Armored Division at Fort Hood, TX, where he served as a Platoon Leader and Troop Executive Officer in the 2nd Squadron, 1st Cavalry Regiment (2-1 CAV). In October 1981 Cone became the Aide-de-Camp to the Assistant Division Commander, 2nd Armored Division. He then served as the Battalion Maintenance Officer, Combat Service Support Company Commander, and Tank Company Commander in the 1st Battalion, 67th Armored Regiment (1-67 AR)
1st Battalion, 67th Armor Regiment
The 1st Battalion, 67th Armor Regiment was originally constituted on 24 March 1923 in the Regular Army as Company A, 19th Tank Battalion. It was redesignated on 1 September 1929 as Company A, 2d Tank Regiment. It converted and was redesignated 25 October 1932 as Company A, 67th Infantry...
.

He attended the Infantry Advanced Course in 1985 followed by graduate school at the University of Texas at Austin. Next, Cone served as an Instructor and Assistant Professor in the Department of Behavioral Sciences and Leadership at West Point.

After selection and completion of Army Command and General Staff College at Fort Leavenworth, KS, he reported to the 11th Armored Cavalry Regiment(Blackhorse Regiment) in Fulda, Germany. Cone served as the 2nd Squadron Operations Officer (S-3) during Operation Desert Storm, became the Regimental Operations Officer (S-3) in November 1991, then the Regimental Executive Officer in March 1993. He left the 11th Armored Cavalry Regiment in the spring of 1994.

Next, Cone moved to Fort Bliss
Fort Bliss
Fort Bliss is a United States Army post in the U.S. states of New Mexico and Texas. With an area of about , it is the Army's second-largest installation behind the adjacent White Sands Missile Range. It is FORSCOM's largest installation, and has the Army's largest Maneuver Area behind the...
, TX, and became the Regimental Executive Officer of the 3rd Armored Cavalry Regiment(Brave Rifles). He assumed command of the 1st Squadron, 3rd Armored Cavalry Regiment in October 1994. After Squadron Command, he served as the Special Assistant to the Commanding General, Fort Carson, CO, then reported to the Naval War College
Naval War College
The Naval War College is an education and research institution of the United States Navy that specializes in developing ideas for naval warfare and passing them along to officers of the Navy. The college is located on the grounds of Naval Station Newport in Newport, Rhode Island...
in Newport, RI, in the summer of 1997.

Cone became the Division Operations Officer (G-3) of the 4th Infantry Division (Mechanized), Fort Hood, TX, in July 1998. He assumed command of the 2d Brigade, 4th Infantry Division, the following year. His brigade deployed to the Republic of Korea as part of Exercise Foal Eagle. Additionally, he led his Brigade in the Army's Division Capstone Exercise in April 2001 as the culminating event in the development of the heavy digital force.

Following Brigade Command, Cone served as the Director of the Joint Advanced Warfighting Program, Institute for Defense Analyses
Institute for Defense Analyses
The Institute for Defense Analyses is a non-profit corporation that administers three federally funded research and development centers to assist the United States government in addressing important national security issues, particularly those requiring scientific and technical expertise...
located in Alexandria, VA, where he was responsible for developing joint force concepts and experiments. He participated in Operation Iraqi Freedom in 2003 as the Director of the U.S. Joint Forces Command (JFCOM) Joint Lessons Learned Collection Team. Cone was tasked to capture, document, and report real time lessons learned from combat operations in Iraq and Afghanistan. His work led to the establishment of the Joint Center for Operational Analysis at JFCOM. After returning from the Middle East, Cone served as the Director of the JFCOM Joint Center for Operational Analysis in Suffolk, VA.

In September 2004, Cone became the Commanding General of the Army's National Training Center (NTC) at Fort Irwin, CA. During his 33-month command, Cone implemented a broad array of changes reorienting training on counterinsurgency operations. In conjunction with the Joint IED Defeat Organization (JIEDDO), Cone established the Joint Center of Operational Excellence in training for the defeat of improvised explosive devices at the NTC.

In September 2009, Cone assumed command of III Corps and Fort Hood, TX. In March 2010, Lieutenant General Cone deployed to Iraq with III Corps Headquarters and became the Deputy Commanding General for Operations, the second highest ranking military officer in United States Forces - Iraq until 8 February 2011. He had responsibility for operations throughout the entire country including the development and training of fielded Iraqi Security Forces. He oversaw the transition from Operation Iraqi Freedom and counterinsurgency operations to Operation New Dawn and stability operations. This transition included the drawdown of servicemembers from roughly 100,000 to less than 50,000 and the transfer of more than 120 bases, the largest single movement of military personnel and equipment since World War II. General Cone returned to Ft. Hood on 9 February 2011.