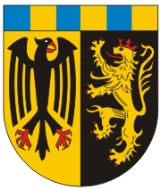 In 1962, Simmern began a friendship pact with the French
France
The French Republic , The French Republic , The French Republic , (commonly known as France , is a unitary semi-presidential republic in Western Europe with several overseas territories and islands located on other continents and in the Indian, Pacific, and Atlantic oceans. Metropolitan France...
region Bourgogne
Bourgogne
Burgundy is one of the 27 regions of France.The name comes from the Burgundians, an ancient Germanic people who settled in the area in early Middle-age. The region of Burgundy is both larger than the old Duchy of Burgundy and smaller than the area ruled by the Dukes of Burgundy, from the modern...
, which was continued after the merging with the St. Goar. In 1985 a partnership was started with the district Nyaruguru
Nyaruguru
Nyaruguru is a district in Southern Province, Rwanda. Its capital is Kibeho, a pilgrimage site of the Catholic Church.- Geography :...
(at that time called the municipality Rwamiko) in Rwanda
Rwanda
Rwanda or , officially the Republic of Rwanda , is a country in central and eastern Africa with a population of approximately 11.4 million . Rwanda is located a few degrees south of the Equator, and is bordered by Uganda, Tanzania, Burundi and the Democratic Republic of the Congo...
, as part of the partnership of the Rhineland-Palatinate
Rhineland-Palatinate
Rhineland-Palatinate is one of the 16 states of the Federal Republic of Germany. It has an area of and about four million inhabitants. The capital is Mainz. English speakers also commonly refer to the state by its German name, Rheinland-Pfalz ....
region with Rwanda. In 1999, a partnership with the Hungarian
Hungary
Hungary , officially the Republic of Hungary , is a landlocked country in Central Europe. It is situated in the Carpathian Basin and is bordered by Slovakia to the north, Ukraine and Romania to the east, Serbia and Croatia to the south, Slovenia to the southwest and Austria to the west. The...
county Zala
Zala
Zala is the name of an administrative county in Hungary. Itlies in south-western Hungary. It is named after the Zala River. It shares borders with Croatia and Slovenia and the Hungarian counties Vas, Veszprém and Somogy. The capital of Zala county is Zalaegerszeg. Its area is 3784 km²...
began.