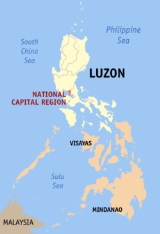 What are the tourist spot in the region 8 of the philippines?
More
x