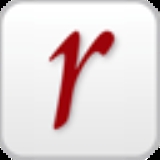 Encyclopedia
refbase is web-based institutional repository
Institutional repository
An Institutional repository is an online locus for collecting, preserving, and disseminating - in digital form - the intellectual output of an institution, particularly a research institution....
and reference management software
Reference management software
Reference management software, citation management software or personal bibliographic management software is software for scholars and authors to use for recording and utilising bibliographic citations . Once a citation has been recorded, it can be used time and again in generating bibliographies,...
which is often used for self-archiving
Self-archiving
To self-archive is to deposit a free copy of a digital document on the World Wide Web in order to provide open access to it. The term usually refers to the self-archiving of peer-reviewed research journal and conference articles as well as theses, deposited in the author's own institutional...
. refbase is licensed under the GPL
GNU General Public License
The GNU General Public License is the most widely used free software license, originally written by Richard Stallman for the GNU Project....
and written in PHP
PHP
PHP is a general-purpose server-side scripting language originally designed for web development to produce dynamic web pages. For this purpose, PHP code is embedded into the HTML source document and interpreted by a web server with a PHP processor module, which generates the web page document...
and uses a MySQL
MySQL
MySQL officially, but also commonly "My Sequel") is a relational database management system that runs as a server providing multi-user access to a number of databases. It is named after developer Michael Widenius' daughter, My...
backend.

It can import and export a variety of standard bibliographic formats, including BibTeX
BibTeX
BibTeX is reference management software for formatting lists of references. The BibTeX tool is typically used together with the LaTeX document preparation system...
, Endnote
EndNote
EndNote is a commercial reference management software package, used to manage bibliographies and references when writing essays and articles. It is produced by Thomson Reuters.- Features :...
, RIS
RIS (file format)
RIS is a standardized tag format developed by Research Information Systems, Incorporated to enable citation programs to exchange data.It is supported by a number of reference managers...
, ISI
Information Sciences Institute
The Information Sciences Institute is a research and development unit of the University of Southern California's Viterbi School of Engineering which focuses on computer and communications technology and information processing...
, MODS XML, PubMed
PubMed
PubMed is a free database accessing primarily the MEDLINE database of references and abstracts on life sciences and biomedical topics. The United States National Library of Medicine at the National Institutes of Health maintains the database as part of the Entrez information retrieval system...
, Medline
MEDLINE
MEDLINE is a bibliographic database of life sciences and biomedical information. It includes bibliographic information for articles from academic journals covering medicine, nursing, pharmacy, dentistry, veterinary medicine, and health care...
, RefWorks
RefWorks
RefWorks is a web-based commercial citation manager — an application for managing references, retrieving bibliographic information, and designing texts in terms of their literature references...
, and Copac
Copac
Copac is a union catalogue which provides free access to the merged online catalogues of many major university research libraries in the United Kingdom and Ireland, plus an increasing number of specialist libraries and the British Library, the National Library of Scotland and the National Library...
. It can generate formatted bibliographies and citations in LaTeX
LaTeX
LaTeX is a document markup language and document preparation system for the TeX typesetting program. Within the typesetting system, its name is styled as . The term LaTeX refers only to the language in which documents are written, not to the editor used to write those documents. In order to...
, RTF
Rich Text Format
The Rich Text Format is a proprietary document file format with published specification developed by Microsoft Corporation since 1987 for Microsoft products and for cross-platform document interchange....
, HTML
HTML
HyperText Markup Language is the predominant markup language for web pages. HTML elements are the basic building-blocks of webpages....
, and PDF. refbase also has advanced search features and can generate RSS
RSS (file format)
RSS is a family of web feed formats used to publish frequently updated works—such as blog entries, news headlines, audio, and video—in a standardized format...
feeds from searches. Links using DOIs
Digital object identifier
A digital object identifier is a character string used to uniquely identify an object such as an electronic document. Metadata about the object is stored in association with the DOI name and this metadata may include a location, such as a URL, where the object can be found...
and URLs
Uniform Resource Locator
In computing, a uniform resource locator or universal resource locator is a specific character string that constitutes a reference to an Internet resource....
can be added, as can links to files. refbase supports the Search/Retrieve via URL
Search/Retrieve via URL
Search/Retrieve via URL is a standard search protocol for Internet search queries, utilizing Contextual Query Language , a standard query syntax for representing queries.-External links:* at Library of Congress...
(SRU) and OpenSearch
OpenSearch
OpenSearch is a collection of technologies that allow publishing of search results in a format suitable for syndication and aggregation. It is a way for websites and search engines to publish search results in a standard and accessible format....
web services as well as COinS
COinS
ContextObjects in Spans, commonly abbreviated COinS, is a method to embed bibliographic metadata in the HTML code of web pages. This allows bibliographic software to publish machine-readable bibliographic items and client reference management software to retrieve bibliographic metadata. The...
and unAPI
UnAPI
According to its website, unAPI is:a tiny HTTP API any web application may use to co-publish discretely identified objects in both HTML pages and disparate bare object formats...
metadata.