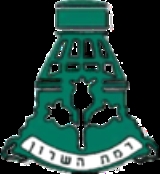 Encyclopedia
Ramat HaSharon is a city located on Israel
Israel
The State of Israel is a parliamentary republic located in the Middle East, along the eastern shore of the Mediterranean Sea...
's central coastal strip in the south of the Sharon
Sharon, Israel
The Sharon Plain is the northern half of the coastal plain of Israel. Its largest city is Netanya.The Plain lies between the Mediterranean Sea to the west and the Samarian Hills, to the east. It stretches from Haifa and Mount Carmel in the north to the Yarkon River in the south, at the edge of...
region, bordering Tel Aviv
Tel Aviv
Tel Aviv , officially Tel Aviv-Yafo , is the second most populous city in Israel, with a population of 404,400 on a land area of . The city is located on the Israeli Mediterranean coastline in west-central Israel. It is the largest and most populous city in the metropolitan area of Gush Dan, with...
to the south and Herzliya
Herzliya
Herzliya is a city in the central coast of Israel, at the western part of the Tel Aviv District. It has a population of 87,000 residents. Named after Theodor Herzl, the founder of modern Zionism, Herzliya covers an area of 26 km²...
and Kibbutz Glil Yam
Glil Yam
Glil Yam is a kibbutz in central Israel. Located in the Sharon plain between Ramat HaSharon and Herzliya, it falls under the jurisdiction of Hof HaSharon Regional Council. In 2006 it had a population of 327....
to the north. It is part of the Tel Aviv District
Tel Aviv District
The Tel Aviv District is the smallest and most densely populated of six administrative districts of Israel with a population of 1.2 million residents...
, within Gush Dan
Gush Dan
The Tel Aviv Metropolitan Area , or Gush Dan , is a metropolitan area including areas from both the Tel Aviv and the Central Districts of Israel. The area is closely linked to the city of Tel Aviv through social, economic, and cultural ties. It is located along the Israeli Mediterranean coastline...
metropolitan area. In 2009, the city had a population of 40,600.

Ramat HaSharon, originally Ir Shalom, was a moshava
Moshava
A moshava , plural: Moshavot is a form of rural settlement in Israel.In a moshava, as opposed to communal settlements like the kibbutz and the moshav, all the land and property are privately-owned. The first moshavot, described as "colonies" in professional literature, were established by...
established in 1923 by olim from Poland. It was built on 2,000 dunams (2 square kilometre (0.77220431718507 sq mi)) of land purchased for 5 Egyptian pounds per dunam. In the 1931 census
1931 census of Palestine
The 1931 census of Palestine was the second census carried out by the authorities of the British Mandate of Palestine. It was carried out on 18 November 1931 under the direction of Major E. Mills. The first census had been conducted in 1922...
, the village had a population of 312.

In 1932, the city was renamed Kfar Ramat HaSharon (Heights of Sharon village). By 1950, the population was up to 900. Rapid population growth in the 1960s and 70s led to construction of many new roadways, schools and parks. Several distinct neighborhood evolved in the 1970s, including Morasha on the southern edge, one with many military and air force personnel in the eastern edge, and many successful professionals moved into the developing city. Ramat HaSharon became a highly desirable place to live in the 1980s as a very safe place, containing many gardens and wide boulevards, and attracting many upper middle class suburban families.

Ramat HaSharon is home to the Israel Tennis Center
Israel Tennis Centers
Israel Tennis Centers is the largest tennis program for children in the world, reaching more than 350,000 families—5% of the Israeli population...
, founded in 1975, which hosts and organizes international, national and regional tennis tournaments. Along with tennis facilities, which include 24 illuminated courts, and stands which seat up to 4,500 spectators, the central management of the organization, which manages 13 other tennis centers around the country, is located in the town. It also is home to Canada Stadium, where most Davis Cup
Davis Cup
The Davis Cup is the premier international team event in men's tennis. It is run by the International Tennis Federation and is contested between teams of players from competing countries in a knock-out format. The competition began in 1900 as a challenge between Britain and the United States. By...
and other significant Israeli matches have been played since the mid-1970s.

Electra Ramat HaSharon, is the city's women basketball team, one of the leading teams in the Israeli league and a former European champion.

The city's football team, Hapoel Ramat HaSharon, plays in Ligat Ha'al
Ligat ha'Al
The Israeli Premier League is an Israeli professional league for association football clubs. At the top of the Israeli football league system, it is the country's primary football competition. Contested by 16 clubs, it operates on a system of promotion and relegation with Liga Leumit. Seasons run...
, the premiere league of Israeli football
Football in Israel
Football is the most popular sport in Israel. Football as an organised sport first developed in the United Kingdom who controlled Israel during the days of the British Mandate. Israel will be hosting the UEFA U-21 Championship in 2013....
.

"Alumim", one of the city's junior high schools, has won many trophies in sports, especially for achievements in track and field
Track and field
Track and field is a sport comprising various competitive athletic contests based around the activities of running, jumping and throwing. The name of the sport derives from the venue for the competitions: a stadium which features an oval running track surrounding a grassy area...
. 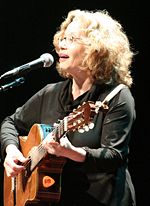 Ramat HaSharon is twinned
Town twinning
Twin towns and sister cities are two of many terms used to describe the cooperative agreements between towns, cities, and even counties in geographically and politically distinct areas to promote cultural and commercial ties.- Terminology :...
with: Tallahassee, Florida
Florida
Florida is a state in the southeastern United States, located on the nation's Atlantic and Gulf coasts. It is bordered to the west by the Gulf of Mexico, to the north by Alabama and Georgia and to the east by the Atlantic Ocean. With a population of 18,801,310 as measured by the 2010 census, it...
Georgsmarienhütte
Georgsmarienhütte
Georgsmarienhütte is a town in the district of Osnabrück, in Lower Saxony, Germany. It is situated in the Teutoburg Forest, approx. 7 km south of Osnabrück.- History :...
, Germany Dunkirk, France Saint-Maur-des-Fossés
Saint-Maur-des-Fossés
Saint-Maur-des-Fossés is a commune in the southeastern suburbs of Paris, France. It is located 11.7 km. from the center of Paris.-The abbey:...
, France