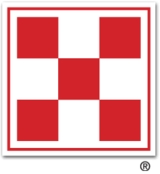 Overview
Nestlé Purina PetCare Company is the pet food
Pet food
Pet food is plant or animal material intended for consumption by pets. Typically sold in pet stores and supermarkets, it is usually specific to the type of animal, such as dog food or cat food...
division of Swiss
Switzerland
Switzerland name of one of the Swiss cantons. ; ; ; or ), in its full name the Swiss Confederation , is a federal republic consisting of 26 cantons, with Bern as the seat of the federal authorities. The country is situated in Western Europe,Or Central Europe depending on the definition....
-based Nestlé
Nestlé
Nestlé S.A. is the world's largest food and nutrition company. Founded and headquartered in Vevey, Switzerland, Nestlé originated in a 1905 merger of the Anglo-Swiss Milk Company, established in 1867 by brothers George Page and Charles Page, and Farine Lactée Henri Nestlé, founded in 1866 by Henri...
S.A., following its acquisition of the American Ralston Purina Company on December 12, 2001 and subsequent merger with Nestlé's Friskies PetCare Company
Friskies PetCare Company
Friskies PetCare Company, a division of Nestlé, merged with Ralston Purina and became Nestlé Purina PetCare in 2001 after Nestlé acquired all of the outstanding shares of Ralston Purina....
. As a wholly owned subsidiary, it is headquartered at the General Office in St. Louis, Missouri
Missouri
Missouri is a US state located in the Midwestern United States, bordered by Iowa, Illinois, Kentucky, Tennessee, Arkansas, Oklahoma, Kansas and Nebraska. With a 2010 population of 5,988,927, Missouri is the 18th most populous state in the nation and the fifth most populous in the Midwest. It...
, United States.
Purina traces its roots back to 1894, when founder William H. Danforth
William H. Danforth
William H. Danforth founded Nestle Purina in St. Louis, Missouri in 1894. He was a co-founder of the American Youth Foundation and the author of the book, I Dare You!....
began producing feed for various farm animals under the name Purina Mills.

I found a 60th Anniversary Ralston Purina roaster in near mint condition. Inside i found a letter from Donald Danforth dated September 30, 1954. It ap...
More
x