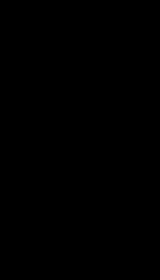 Overview
The question mark is a punctuation mark
Punctuation
Punctuation marks are symbols that indicate the structure and organization of written language, as well as intonation and pauses to be observed when reading aloud.In written English, punctuation is vital to disambiguate the meaning of sentences...
that replaces the full stop
Full stop
A full stop is the punctuation mark commonly placed at the end of sentences. In American English, the term used for this punctuation is period. In the 21st century, it is often also called a dot by young people...
(period) at the end of an interrogative sentence in English and many other languages. The question mark is not used for indirect questions. The question mark character is also often used in place of missing or unknown data.
According to a 2011 discovery by a Cambridge manuscript expert, Syriac was the first language to use a question mark in the form of a vertical double dot.
Lynne Truss attributes an early form of the question mark to Alcuin of York
Alcuin
Alcuin of York or Ealhwine, nicknamed Albinus or Flaccus was an English scholar, ecclesiastic, poet and teacher from York, Northumbria. He was born around 735 and became the student of Archbishop Ecgbert at York...
.

why is there an inverted question mark before the sentence in spanish language?
More
x