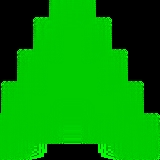 Encyclopedia
OJSC "Power Machines" (translit.
Transliteration
Transliteration is a subset of the science of hermeneutics. It is a form of translation, and is the practice of converting a text from one script into another...
Siloviye Mashiny abbreviated as Silmash, , ) is a Russian energy systems machine-building company founded in 2000. It is headquartered in Moscow.

The company was created in 2000 by unifying the following enterprises:

69.92% of shares was owned by Highstat Limited, a company controlled by Alexei Mordashov
Alexei Mordashov
Alexey Mordashov was born on 26 September 1965 in Cherepovets, Vologda Oblast. He is a Russian business oligarch and self-made billionaire...
. 25% of shares was owned by Siemens
Siemens
Siemens may refer toSiemens, a German family name carried by generations of telecommunications industrialists, including:* Werner von Siemens , inventor, founder of Siemens AG...
and 5.08% by minor shareholders.