Encyclopedia
The Pilatus PC-9 is a single-engine, low-wing tandem-seat turboprop
Turboprop
A turboprop engine is a type of turbine engine which drives an aircraft propeller using a reduction gear.The gas turbine is designed specifically for this application, with almost all of its output being used to drive the propeller...
training aircraft manufactured by Pilatus Aircraft
Pilatus Aircraft
Pilatus Aircraft Ltd. is an aircraft manufacturer located in Stans, Switzerland. The company employs more than 1,100 people.-History:The company was established in 1939, but it was not until 1944 that a Pilatus-built aircraft, the SB-2 Pelican, first took to the air...
of Switzerland
Switzerland
Switzerland name of one of the Swiss cantons. ; ; ; or ), in its full name the Swiss Confederation , is a federal republic consisting of 26 cantons, with Bern as the seat of the federal authorities. The country is situated in Western Europe,Or Central Europe depending on the definition....
.

The PC-9 is a more powerful evolution of the PC-7
Pilatus PC-7
The Pilatus PC-7 Turbo Trainer is a low-wing tandem-seat training aircraft, manufactured by Pilatus Aircraft of Switzerland. The aircraft is capable of all basic training functions including aerobatics, instrument, tactical and night flying. It has been selected by more than twenty air forces as...
. It retains the overall layout of its predecessor but has very little structural commonality with it. Amongst other improvements, the PC-9 features a larger cockpit with stepped ejection seats and also has a ventral airbrake.

The PC-9 programme officially started in 1982. Although some aerodynamic elements were tested on a PC-7 during 1982 and 1983, the first flight of the first PC-9 prototype took place on 7 May 1984. A second prototype flew on 20 July of the same year; this prototype had all the standard electronic flight instrumentation and environmental control systems installed and was thus almost fully representative of the production version.

Certification was achieved in September 1985. By this time, the PC-9 had lost the RAF
Royal Air Force
The Royal Air Force is the aerial warfare service branch of the British Armed Forces. Formed on 1 April 1918, it is the oldest independent air force in the world...
trainer competition to the Short Tucano
Short Tucano
|-See also:-External links:*...
. However, the marketing links that Pilatus built up with British Aerospace
British Aerospace
British Aerospace plc was a UK aircraft, munitions and defence-systems manufacturer. Its head office was in the Warwick House in the Farnborough Aerospace Centre in Farnborough, Hampshire...
during the competition stood them in good stead, as it soon led to their first order from Saudi Arabia
Saudi Arabia
The Kingdom of Saudi Arabia , commonly known in British English as Saudi Arabia and in Arabic as as-Sa‘ūdiyyah , is the largest state in Western Asia by land area, constituting the bulk of the Arabian Peninsula, and the second-largest in the Arab World...
.

, more than 250 aircraft of this type have been built.

Condor Flugdienst of Germany
Germany
Germany , officially the Federal Republic of Germany , is a federal parliamentary republic in Europe. The country consists of 16 states while the capital and largest city is Berlin. Germany covers an area of 357,021 km2 and has a largely temperate seasonal climate...
uses 10 examples of the target-towing
Target tug
A target tug is an aircraft which tows an unmanned drone, a fabric drogue or other kind of target, for the purposes of gun or missile target practice. Target tugs are often conversions of transport and utility aircraft, as well as obsolescent combat types...
variant.

Two-seat basic trainer for the Royal Australian Air Force. Built under licence in Australia
Australia
Australia , officially the Commonwealth of Australia, is a country in the Southern Hemisphere comprising the mainland of the Australian continent, the island of Tasmania, and numerous smaller islands in the Indian and Pacific Oceans. It is the world's sixth-largest country by total area...
by Hawker de Havilland
De Havilland Australia
De Havilland Aircraft Pty Ltd was part of de Havilland, then became a separate company. It was purchased by Boeing and is now Hawker de Havilland Aerospace Pty Ltd, a subsidiary of Boeing Australia Ltd-Early Years and WWII:...
. Croatia
Croatia
Croatia , officially the Republic of Croatia , is a unitary democratic parliamentary republic in Europe at the crossroads of the Mitteleuropa, the Balkans, and the Mediterranean. Its capital and largest city is Zagreb. The country is divided into 20 counties and the city of Zagreb. Croatia covers ...
ordered three second-hand examples from the RAAF in 1997.

Two-seat target-towing aircraft for the German Luftwaffe
Luftwaffe
Luftwaffe is a generic German term for an air force. It is also the official name for two of the four historic German air forces, the Wehrmacht air arm founded in 1935 and disbanded in 1946; and the current Bundeswehr air arm founded in 1956....
. This target-towing version has an increased fuel capacity enabling flight for up to 3 hours and 20 minutes as well as two Southwest RM-24 winches under the wings. These winches can reel out a target up to 3.5 kilometres.

This version was introduced in 1997 as the new standard model. It has an enlarged dorsal fin in order to improve longitudinal stability, modified wingroot fairings, stall strips on the leading edges as well as new engine and propeller controls. Croatia bought 17 new units in 1997; Slovenia
Slovenia
Slovenia , officially the Republic of Slovenia , is a country in Central and Southeastern Europe touching the Alps and bordering the Mediterranean. Slovenia borders Italy to the west, Croatia to the south and east, Hungary to the northeast, and Austria to the north, and also has a small portion of...
placed an order for nine (nicknamed Hudournik - "Swift
Swift
The swifts are a family, Apodidae, of highly aerial birds. They are superficially similar to swallows, but are actually not closely related to passerine species at all; swifts are in the separate order Apodiformes, which they share with hummingbirds...
") in December of the same year; Oman
Oman
Oman , officially called the Sultanate of Oman , is an Arab state in southwest Asia on the southeast coast of the Arabian Peninsula. It is bordered by the United Arab Emirates to the northwest, Saudi Arabia to the west, and Yemen to the southwest. The coast is formed by the Arabian Sea on the...
ordered 12 examples in January 1999; and Ireland
Republic of Ireland
Ireland , described as the Republic of Ireland , is a sovereign state in Europe occupying approximately five-sixths of the island of the same name. Its capital is Dublin. Ireland, which had a population of 4.58 million in 2011, is a constitutional republic governed as a parliamentary democracy,...
signed a contract for eight in January 2003. Bulgaria
Bulgaria
Bulgaria , officially the Republic of Bulgaria , is a parliamentary democracy within a unitary constitutional republic in Southeast Europe. The country borders Romania to the north, Serbia and Macedonia to the west, Greece and Turkey to the south, as well as the Black Sea to the east...
purchased 12 aircraft in 2004. The last order was made by Mexico
Mexico
The United Mexican States , commonly known as Mexico , is a federal constitutional republic in North America. It is bordered on the north by the United States; on the south and west by the Pacific Ocean; on the southeast by Guatemala, Belize, and the Caribbean Sea; and on the east by the Gulf of...
, which received at least two in September 2006.

A PC-9/A flown by the RAAF Roulettes
Roulettes
The Roulettes are the Royal Australian Air Force's formation aerobatic display team.They provide about 150 flying displays a year, in Australia and in friendly countries around the South-east Asian region...
crashed at RAAF Base East Sale
RAAF Base East Sale
RAAF Base East Sale is one of the main training establishments of the Royal Australian Air Force, including where Australian Air Force Cadets have their annual General Service Training. It is home to the Roulettes aerobatic team. It is also now the home of the RAAF's Officers' Training School ...
on 18 May 2011 after suffering engine failure. Both occupants were able to eject prior to the aircraft impacting the ground. The incident resulted in the RAAF suspending all flights of the PC-9/A while it carries out an investigation.

On 12 October 2009 a PC-9M was involved in a fatal crash near Cornamona, in County Galway, which killed both pilots. 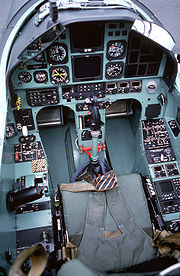