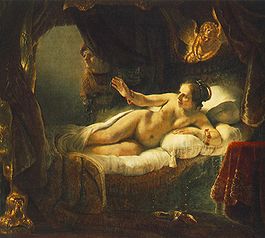 The brothers Crozat were born in Toulouse
Toulouse
Toulouse is a city in the Haute-Garonne department in southwestern FranceIt lies on the banks of the River Garonne, 590 km away from Paris and half-way between the Atlantic Ocean and the Mediterranean Sea...
, France
France
The French Republic , The French Republic , The French Republic , (commonly known as France , is a unitary semi-presidential republic in Western Europe with several overseas territories and islands located on other continents and in the Indian, Pacific, and Atlantic oceans. Metropolitan France...
, the son of peasants. He and his brother Antoine
Antoine Crozat
Antoine Crozat, marquis du Châtel , French founder of an immense fortune, was the first private proprietary owner of French Louisiana from 1712 to 1717....
were opportunistic self-made men, rising from obscurity to become two of the wealthiest merchants in France - Pierre was known ironically as Crozat le pauvre, to distinguish him from his even wealthier brother. He was one of the most prominent French financiers and collectors, becoming the treasurer to the king in Paris, and gradually acquiring a magnificent collection of pictures, old master drawings and objets d'art. He was the principal patron of Antoine Watteau
Antoine Watteau
Jean-Antoine Watteau was a French painter whose brief career spurred the revival of interest in colour and movement...
, who painted for his dining room, a suite of Four Seasons, and of other early Rococo
Rococo
Rococo , also referred to as "Late Baroque", is an 18th-century style which developed as Baroque artists gave up their symmetry and became increasingly ornate, florid, and playful...
artists. Pierre Crozat's collection of old master drawings was already one of the most important in France at the beginning of the 18th century.

From 1714 until the purchase was finally concluded in 1721, he worked as agent and negotiator for the Regent, Philippe II, Duke of Orléans
Philippe II, Duke of Orléans
Philippe d'Orléans was a member of the royal family of France and served as Regent of the Kingdom from 1715 to 1723. Born at his father's palace at Saint-Cloud, he was known from birth under the title of Duke of Chartres...
, on the purchase in Rome of the art collection of Queen Christina of Sweden for the Orleans Collection
Orleans Collection
The Orleans Collection was a very important collection of over 500 paintings formed by the French prince of the blood Philippe d'Orléans, Duke of Orléans, mostly acquired between about 1700 and his death in 1723...
.

Between 1729 and 1742, a finely illustrated, two-volume work was published, known as the Cabinet Crozat, including some of the finest pictures in French collections. Many of his old master drawings, catalogued by Pierre-Jean Mariette
Pierre-Jean Mariette
Pierre-Jean Mariette was a collector of and dealer in old master prints, a renowned connoisseur, especially of prints and drawings, and a chronicler of the careers of French Italian and Flemish artists...
,, one of the four acknowledged expert connoisseurs in Paris, were dispersed at auction in Paris in 1741, an occasion that Michael Jaffé termed "the greatest public sale of drawings held in the dix-huitième."

Most of Crozat's treasures were inherited by his nephews, Louis François (d. 1750), Joseph Antoine (d. 1750), and Louis Antoine (d. 1770), who added to them. They were dispersed after their deaths; the collection of Louis Antoine Crozat was bought in 1772, through Denis Diderot
Denis Diderot
Denis Diderot was a French philosopher, art critic, and writer. He was a prominent person during the Enlightenment and is best known for serving as co-founder and chief editor of and contributor to the Encyclopédie....
, by Catherine II of Russia
Catherine II of Russia
Catherine II, also known as Catherine the Great , Empress of Russia, was born in Stettin, Pomerania, Prussia on as Sophie Friederike Auguste von Anhalt-Zerbst-Dornburg...
and went to the Hermitage Museum
Hermitage Museum
The State Hermitage is a museum of art and culture in Saint Petersburg, Russia. One of the largest and oldest museums of the world, it was founded in 1764 by Catherine the Great and has been opened to the public since 1852. Its collections, of which only a small part is on permanent display,...
in St Petersburg.
The source of this article is wikipedia, the free encyclopedia.  The text of this article is licensed under the GFDL.