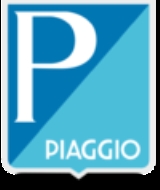 Overview
Piaggio based in Pontedera
Pontedera
Pontedera is an Italian industrial town in Tuscany, Italy, in the administrative province of Pisa. It is the headquarters of the Piaggio company, which in the 1930s was a major aircraft manufacturer and which now manufactures motor vehicles such as the Vespa and the Ape...
, Italy
Italy
Italy , officially the Italian Republic languages]] under the European Charter for Regional or Minority Languages. In each of these, Italy's official name is as follows:;;;;;;;;), is a unitary parliamentary republic in South-Central Europe. To the north it borders France, Switzerland, Austria and...
encompasses seven brands of scooters, motorcycles and compact commercial vehicles. As the fourth largest producer of scooters and motorcycles in the world, Piaggio produces more than 600,000 vehicles annually, with five research and development centers, more than 6,700 employees and operations in over 50 countries.
Founded by Rinaldo Piaggio in 1884, Piaggio initially produced locomotives and railway carriages.