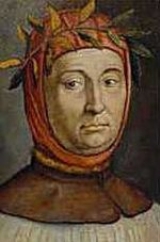 Rarely do great beauty and great virtue dwell together.

Books have led some to learning and others to madness, when they swallow more than they can digest.

It is better to will the good than to know the truth.

quoted in "The Renaissance: Essays in Interpretation" - Page 107 by André Chastel - History - 1982

Sameness is the mother of disgust, variety the cure.

Who overrefines his argument brings himself to grief.

A good death does honor to a whole life.

To be able to say how much you love is to love but little.