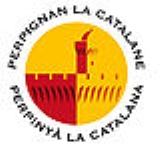 Perpignan is a rugby stronghold: their rugby union
Rugby union
Rugby union, often simply referred to as rugby, is a full contact team sport which originated in England in the early 19th century. One of the two codes of rugby football, it is based on running with the ball in hand...
side, USA Perpignan
USA Perpignan
Union Sportive des Arlequins Perpignanais or Unió eSportiva Arlequins de Perpinyà , generally abbreviated as USAP in both languages, is a French rugby union club that plays in the city of Perpignan in Pyrénées-Orientales. The club currently competes in the Top 14, the top level of the French...
, is a regular competitor in the Heineken Cup
Heineken Cup
The Heineken Cup is one of two annual rugby union competitions organised by European Rugby Cup involving leading club, regional and provincial teams from the six International Rugby Board countries in Europe whose national teams compete in the Six Nations Championship: England, France, Ireland,...
and seven times champion of the Top 14 (most recently in 2009), while their rugby league
Rugby league
Rugby league football, usually called rugby league, is a full contact sport played by two teams of thirteen players on a rectangular grass field. One of the two codes of rugby football, it originated in England in 1895 by a split from Rugby Football Union over paying players...
side plays in the engage Super League
Super League
Super League is the top-level professional rugby league football club competition in Europe. As a result of sponsorship from engage Mutual Assurance the competition is currently officially known as the engage Super League. The League features fourteen teams: thirteen from England and one from...
under the name Catalans Dragons
Catalans Dragons
The Catalans Dragons are a French professional rugby league club based in Perpignan, Pyrénées-Orientales. They currently play in the Super League, and are the only team in the competition from outside of the United Kingdom...
.

Since 2004, every year in the last weekend of August in the Palace of the Kings of Majorca
Palace of the Kings of Majorca
The Palace of the Kings of Majorca, or Palais des Rois de Majorque in French, is a palace and a fortress with gardens overlooking the city of Perpignan in Pyrenees-Orientales, Languedoc-Roussillon, France.- The Kingdom of Majorca :...
the free 3 day Guitares au Palais
Guitares au Palais
The Guitares au Palais is an annual guitar-oriented music festival in the Palace of the Kings of Majorca in Perpignan, Pyrénées-Orientales, which began in 2004. The festival focuses on folk, gypsy music, jazz, and flamenco. On the third day there is an additional program with a focus on indie rock...
takes place. The festival has a broad main stream focus with pop related music as well as traditional acoustic guitar music and alternative music with international guests like Caetano Veloso
Caetano Veloso
Caetano Emanuel Viana Teles Veloso , better known as Caetano Veloso, is a Brazilian composer, singer, guitarist, writer, and political activist. Veloso first became known for his participation in the Brazilian musical movement Tropicalismo which encompassed theatre, poetry and music in the 1960s,...
(2007), Rumberos Catalans, Pedro Soler, Bernardo Sandoval, Peter Finger, Aaron and Bryce Dessner
Aaron and Bryce Dessner
Aaron and Bryce Dessner are twin brothers and members of the rock band The National. Aaron Dessnerwrites the majority of the music for The National. The brothers are co-founders, alongside Alec Hanley Bemis, of Brassland, a label that is home to artists including The National, the Clogs, catalog...
(2008). 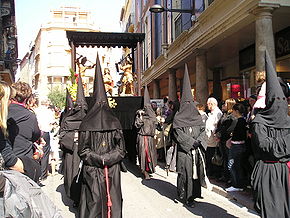 Following a visit in 1963, the Catalan
Catalonia
Catalonia is an autonomous community in northeastern Spain, with the official status of a "nationality" of Spain. Catalonia comprises four provinces: Barcelona, Girona, Lleida, and Tarragona. Its capital and largest city is Barcelona. Catalonia covers an area of 32,114 km² and has an...
surrealist artist Salvador Dalí
Salvador Dalí
Salvador Domènec Felip Jacint Dalí i Domènech, Marquis de Púbol , commonly known as Salvador Dalí , was a prominent Spanish Catalan surrealist painter born in Figueres,Spain....
declared the city's railway station the centre of the Universe
Universe
The Universe is commonly defined as the totality of everything that exists, including all matter and energy, the planets, stars, galaxies, and the contents of intergalactic space. Definitions and usage vary and similar terms include the cosmos, the world and nature...
, saying that he always got his best ideas sitting in the waiting room. He followed that up some years later by declaring that the Iberian Peninsula rotated precisely at Perpignan station 132 million years ago – an event the artist invoked in his 1983 painting Topological Abduction of Europe – Homage to Rene Thom
René Thom
René Frédéric Thom was a French mathematician. He made his reputation as a topologist, moving on to aspects of what would be called singularity theory; he became world-famous among the wider academic community and the educated general public for one aspect of this latter interest, his work as...
. Above the station is a monument in Dali's honour, and across the surface of one of the main platforms is painted, in big letters, «perpignan centre du monde» (French for "perpignan centre of the world").

In Perpignan many street name signs are in both French and Catalan.

Perpignan is twinned with: 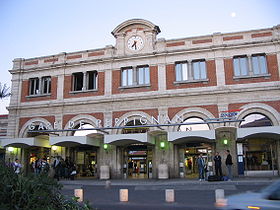